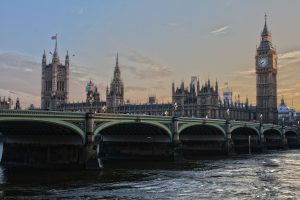 Here are today's fares for our 10 most popular domestic and international routes. There are some lower fares, some higher fares, and some that have been around for awhile. Be sure to book anything that catches your eye!

This price has remained the same for a couple of weeks, and is a decent fare to Hawaii. Travel on multiple airlines through March. Choose from Alaska, United, Delta, or Hawaiian.

This is pretty much a usual price for this route. Occasionally it dips under $200, so under $250 isn't too bad. Travel through March.

All good things must come to an end. If you didn't book this when it was hovering around $100 for a few weeks, you missed your chance. It's still not too bad under $200, and let's hope it goes back down at some point. Travel through June. It's Basic Economy, regular economy is $261.

This fare is back down to where we had been seeing it, and we like it!  Travel Tuesdays and Wednesdays through May. It's Basic Economy, so if you don't like those restrictions, Main Cabin seats are available for $179 roundtrip.

Ouch! This is a huge rise for this route- we had been seeing it around $100 for some time, so this much of a jump is painful. The worst part is, this price is only available on a few dates in March! There is wider availability at $291.

Here's another one that might have you kicking yourself. This is a huge increase from what we had been seeing, up from $100. The good news? It's still under $200, and is available for travel through August.

This fare has remained more or less the same. Travel Tuesdays and Wednesdays, through the beginning of August on scattered dates.

Want to take a last minute trip!? This fare is available for travel this Sunday, returning Thursday or Friday, perfect for a Valentine's getaway! That's the availability, so you've got to be flexible and ready to go!

9. Boston to Orlando $167 roundtrip, nonstop, on JetBlue and Delta

This has stayed the same for a bit, but the good news is, it's available for longer! Travel through October- perhaps it's time to plan an off-peak trip to Disney!

A nice dip in price for this fare. Travel through March.

Hooray! This fare has gone back down in price! Travel in April and May, then again August through September, with returns through October.

This fare from Air New Zealand has been hovering around the $450 mark for awhile now, with availability getting less and less each week. Book soon, as this is sure to disappear sooner rather than later! It's good for travel this spring.

This is higher than we've seen for this route, but fares to Europe for less than $500 are always good! Travel early this spring.

Another fare to Paris that has jumped. It's still decent though! Travel through April.

Head to London this spring with this super fare from Delta and Virgin Atlantic. This has stayed pretty steady the past few weeks, so you'd be best to scoop it up soon!

Did you wait too long to book spring break? Well, you might be able to join your friends for a few days with this fare. Travel starting March 5, with availability through May.

Not nonstop, but still a great price for this route! Travel March through May, then again beginning in September, through mid December.

$40 less than we had been seeing, this is a great price for a spring trip to Jamaica! Travel through mid April.

This is slightly lower for this route, with limited availability for travel in April. You must be flexible for this one!

Another one that you probably should have booked before. This is slightly higher than we had been seeing, and is not nonstop. Valild for travel this fall.