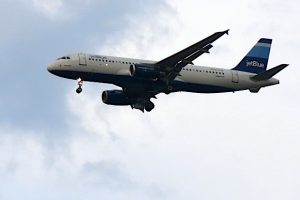 Gearing up to eat some hot wings during the big game (or just the commercials)? JetBlue wants you to reach for their wings instead. Today the carrier posted its "Try Our Wings" 2-day sale which includes nonstop flights as low as $87 roundtrip and one-way tickets as little as 44 dollars.

These discount fares are available for departures on Tuesdays and Wednesdays between February 5 and April 10, 2019. Blackout dates on February 19-20, 2019 apply.

Don't wait 'til halftime, get to clicking now because all tickets must be purchased by the end of day tomorrow, Wednesday, January 30, 2019, at midnight ET or local time.

Long Beach to Portland, OR $128 roundtrip