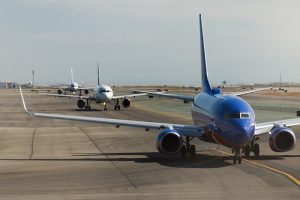 Southwest Airlines didn't miss a beat after its last round of deals ended by posting a new nationwide sale right on its heels. This newly published sale kicks off with airfares starting as low as $88 roundtrip or $44 one-way. And is overall slightly cheaper than the previous incarnation but with much of the same travel dates.

Airfares in this sale are valid for travel on Tuesdays, Wednesdays, and Saturdays starting in mid-February through May 22, 2019. There are no official blackout dates listed in this sale. However, flights around Easter and school holidays are harder to find. Seats to annual spring break hotspots may also be scarce during those peak periods.