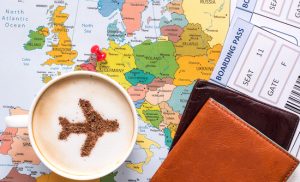 Leaving the big boys to battle it out over major routes like New York to London, a handful of smaller niche airlines have decided to go the other way to grab a piece of the trans-Atlantic pie. By offering nonstop options on underserved routes, not only are these carriers often the only game in town they also connect customers directly to bespoke destinations that best fit their needs.

Beyond convenience, flying on these little-known routes can add up to significant savings for travelers who plan accordingly. Some offer great one-way fares that major carriers still shy away from, some fly to secondary airports where easy connections can be made with Europe’s vast network of low-cost-carriers, and some are unique in their own right connecting two unique markets in need of a nonstop air link. Either way, they’re great alternative options for open-minded and adventurous travelers to look into when searching European airfares.

Here are nine of the more obscure routes that can get you across the Atlantic any time of the year and often for cheap, allowing you to explore areas of Europe that might get overlooked, without worrying about making flight connections. 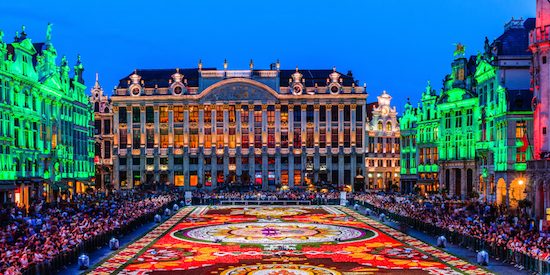 Serving as an American Airlines hub and a top tourist destination, Miami gets its fair share of nonstop options to Europe, but none is as little known as its Tui Fly Belgium’s flight to Brussels (BRU). As the airline's sole destination in the U.S., it's easy to go unnoticed when it comes to ticketing a trip to Europe.

To satiate your beer, waffle, and chocolate fix, take off from Miami (MIA) on Tuesdays and Saturdays throughout the year with prices in low and shoulder seasons hovering in the $350 roundtrip range. Beyond the Belgian capital, Amsterdam, Paris, and even London are easily reached by rail within a couple of hours, making this a fantastic fare for the start of a Euro trip. Tui’s one-way tickets are some of the best bargains around for travelers looking for an open-ended journey.

LOT Polish gives a lot of love to the Windy City with its three nonstop options to European destinations. Flights to its hub in Warsaw (WAW) and neighboring Hungarian capital Budapest (BUD) account for most of the traffic, but its third and less frequent flight to Kraków (KRK) deserves some just attention too.

Known as one of the continent’s most beautiful cities, a trip to Kraków should be on everyone's European bucket list, which is why LOT re-launched service to the city from O'Hare (ORD) in 2017 after a 7-year absence. Operated by one of the carrier’s new 787 Dreamliners, Midwest flyers can now enjoy state-of-the-art service to Poland’s second largest city. Flights operate three times per week during the summer travel rush and scale back to only Sunday service during the lean winter months. LOT regularly offers sales throughout the year so make sure to check back here for when we post discount deals on this rare route.

See all of our fares to Kraków (KRK) from all over the U.S. and Canada

As Lufthansa’s former leisure airline before being acquired by the Thomas Cook group, Condor is still going strong at its German base in Frankfurt (FRA). Which is why you’ll find this unique nonstop pairing between Las Vegas (LAS) and the German financial hub. Sin City isn’t just a hotspot for domestic travelers; the neon lights are a big draw to many overseas leisure travelers hoping to hit jackpots.

But for those Las Vegans looking to fly to Europe on the cheap, flip this fare around and jet off to Germany directly with some great last-minute prices. Condor operates this route three times weekly in shoulder seasons and five times during the summer swell. As you'd expect, summer flights escaping the heat of Vegas can be pricey, but Condor is one of the few airlines where you can score great deals on last-minute departures. If you're the type to procrastinate, it might pay off when Condor is trying to fill up its empty seats a few days before departure.

See all of our fares to Frankfurt (FRA) from all over the U.S. and Canada

But don’t be one of those people who overlook this great route option to the City of Lights. Service departs twice weekly on Saturday and Monday through March, with spring/summer seasonal service increased to three times weekly with an added Thursday flight. By flying directly into Orly, you’ll avoid the awful layout of CDG and be able to take advantage cheaper airfares from low-cost-carriers that prefer using the south Paris airport as a base. Don’t miss out on French Bee’s fantastic one-way fares to ORY that regularly start below $200.

See all of our fares to Paris-Orly (ORY) from all over the U.S. and Canada

Edelwhat? For those scratching their heads looking at the departure board at Tampa International Airport (TPA), Edelweiss is species of mountain flower that shares its namesake with a charter carrier run by the better-known Swiss International Airlines. Edelweiss mainly serves as a side operation of parent airline Swiss to transport European passengers to leisure markets without needing to set up an extended presence at a foreign airport.

Traditionally, most charter service is seasonal, but in this instance, Edelweiss decided to go year-round with its Tampa operation (Orlando (MCO) service is year-round too). Sunday flights operate throughout the calendar, and increased service is bumped up during peak travel periods like summer and holidays. It’s worth noting, San Diego (SAN), Denver (DEN), and Las Vegas (LAS) also receive seasonal service from the Zürich-based charter. Fare prices may run high, but occasional deals can be had, and nonstop convenience is sometimes worth doling out extra for.

See all of our fares to Zürich (ZRH) from all over the U.S. and Canada It’s not often an airport the size of Stewart-Newburgh (SWF)—now officially renamed “New York Stewart International Airport” in order to gain more Google hits—gets a nonstop flight across the pond. But that's what happened in 2017 when European low-cost-carrier Norwegian Air Shuttle set up shop at the sleepy airport 60 miles north of NYC.

Initially offering year-round service to Dublin (DUB) and Edinburgh (EDI), the later will stop service in March 2019, leaving the Irish route as the lone 365-day offering. Operated by a 737 it isn’t the most luxurious ride to Europe but with roundtrip prices routinely under $300 it might be worth the bus trip up to SWF for the savings.

Home to a vibrant Portuguese community, southern Massachusetts and Rhode Island residents have been lucky with nonstop service to the tricky to get to Azorean archipelago since 2001. While the lion share of those flights connects Ponta Delgada (PDL) on a daily basis, Azores Airlines offers another nonstop option that goes largely unnoticed.

The twice per week Wednesday and Saturday service from Boston (BOS) to Terceira (TER) is an excellent option for travelers yearning for an off the beaten path destination and for those wishing to visit family back on the island without needing to route through PDL or mainland Europe. Azores Airlines, formerly SATA, offers roundtrip fares to Terceira from Boston in the $485 range for shoulder season travel, peak summer fares cost considerably more.

See all of our fares to Terceira (TER) from all over the U.S. and Canada

Air Serbia began nonstop service from New York (JFK) to capital Belgrade in 2016, marking the airline’s first long-haul route to North America and adding a rare nonstop option from the U.S. to the Balkans. Before the introduction of this route, reaching destinations in Serbia, Croatia, and Montenegro would often require multiple stopovers with exhaustive travel times.

During the peak summer season, Air Serbia flies its Airbus A330 six times per week allowing for easy access for travelers wanting to experience Belgrade's world-renowned nightlife. Although this route operates year-round, service is pared down in the winter months with only two weekly flights from late October onwards. While the nonstop option to Belgrade (BEG) can skew toward the pricey side at times, connecting flights on Air Serbia tend to be some of the cheapest options available in the region.

See all of our fares to Belgrade (BEG) from all over the U.S. and Canada

Despite being Lufthansa’s arm into the low-cost-carrier model, Eurowings fares between these two airports don’t reflect that. Prices tend to be much higher than competitors rates, but again those will require connections, and for the moment this is the only offering to get RSW flyers over to Europe sans stopover.

See all of our fares to Düsseldorf (DUS) from all over the U.S. and Canada