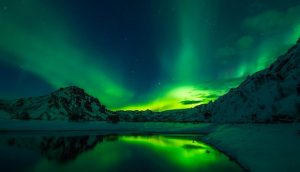 WOW Air Sale to Europe from $149+ Roundtrip for Winter Travel

WOW Air is having an incredible sale on flights to Iceland and Europe for winter travel. Fly to Iceland for as little as $149 roundtrip or to mainland Europe starting from $199 roundtrip.

The sale is advertising one-way fares for $49 on all routes for flights departing the USA from January 21 through March 11, 2019. However, in order to get this price, it is required to purchase a roundtrip flight. Return flights are priced a bit more and the lowest priced return flight may only be available through early February or possibly through late March or early April. Click on the fare details for more booking info.

The offer is valid for purchase through January 18, 2018, or while supplies last (advertised as a limit of 1000 seats)

Even with WOW Air's many fees, some of these routes don't see that many flash sales on other airlines and WOW Air can still often be the best price after you add in any extra fees that are necessary.

One interesting thing I noticed is that if you click through and book via this secret flexible calendar link, you'll be able to get a lower $35 each way carry-on bag fee on all routes. This can potentially save up to $30 roundtrip in bag fees, so give it a go. Plus, it will be easier to find the lowest available prices using this link. You'll just have to click the "search again" button to adjust the search for your desired route.

As an example booking, I found seats departing Boston BOS on Monday, February 11, returning from Reykjavik KEF on Saturday, February 16, for $149 roundtrip.