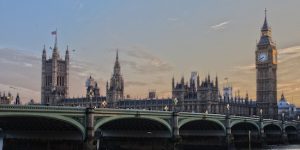 Here are today's fares for our 10 most popular domestic and international routes. Several went up this week, although only by $10-15, nothing astronomical. But this just proves that you need to book quickly before they change!

This is a nice dip for this route, probably started by Alaska Airlines latest sale, which ends today. Travel on multiple airlines beginning at the end of January, through mid March. Choose from Alaska, United, Delta, or Hawaiian.

Gah! I hope you booked this one last week, this is a $40 increase, and not overly exciting. At least it's under $300. Travel through mid May.

This Basic Economy fare is available for travel as early as Sunday, with travel through March. It's been around for a bit, so you should probably snatch it up before it's gone.

Slightly higher than we'd been seeing, but still a pretty good deal. There are scattered dates available, with travel through mid April, and almost no availability for March travel.

This is Basic Economy fare has risen a bit, but is decent. Travel through April.

Another Basic Economy fare, but this one hasn't changed since last week. It's valid on scattered dates in January and February.

This is $10 more than it was last week, but not bad for the route, at just over $200. Travel through the beginning of August.

This fare stuck around for January and February travel. It's Basic Economy and worth it, as Main Cabin seats are over $100 more.

I love seeing flights to Florida for winter travel that are less than $200. Are your parents or grandparents snowbirds? Take advantage of this great fare and go visit!

This fare hasn't changed, and has plenty of availability for travel through the summer.

Time to kick yourself for not booking this one earlier. This is over $100 higher than last week. It's still under $500, which isn't too bad, but just proves when we say book quickly, we mean it! You'll find flights with stops for less, but for this route, it's worth the extra money to fly nonstop.

Kind of crazy to find a transatlantic flight from the west coast cheaper than one from the east coast, but here you have it. Air New Zealand has had this fare around for awhile, so you should book soon! Travel this winter and spring, and then again beginning in the fall.

There seems to be no rhyme or reason with the fares this week, this one is about $15 less than last week- an amazing deal to get to Paris this winter!

Europe apparently really wants people from the west coast to come visit! This is a fantastic fare from Norwegian, with travel through March.

Head to London this spring or late summer/early fall with this fare from Delta or Virgin Atlantic. Valid for travel beginning April 6 through June 13, and it starts up again in mid August, through October.

Spring Breakers rejoice! This fare is available for travel beginning at the end of February, through the beginning of April, perfect for March break.

This fare hung around from last week, and is valid for travel on scattered dates in April and May.

Depart as soon as Saturday with this fare from Delta! We've seen this cheaper, and there are still cheaper fares with a stop, but this is pretty good for a nonstop.

Unchanged since last week, this fare is valid for travel through mid August.

This seems to be the regular fare for this route, as it has remained unchanged for weeks now. Travel through March!