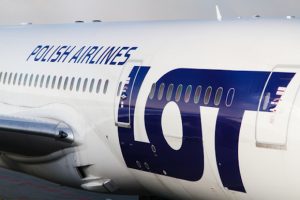 LOT's 90th Anniversary Sale: Eastern Europe and Beyond for $517+ Roundtrip

While we've seen our fair share of deals to Zurich, Amsterdam, and Paris lately, hidden gems in Eastern Europe like Dubrovnik (DBV), Krakow (KRK), and Budapest (BUD) don't often get included in those unadvertised pop-up deals.

So try somewhere new this year with LOT Polish Airlines' huge 90th Anniversary sale to Europe. Flights start at $517 and almost every destination in Eastern Europe and beyond that rarely see discounts are marked down hundreds of dollars compared to their usual price.

The travel window is from mid-February through early May and departure days depend on routing since LOT operates only a handful of flights to the U.S. each week. Depending on your final destination some of the layovers might be long. But don't take that as a hindrance, use it to explore Warsaw along the way -  making a 2-for-1 deal.

With the lion share of airlines charging for bags across the Atlantic now, you'll be happy to hear all these fares include a free first checked bag and the long-haul legs are onboard LOT's new 787 Dreamliners.

Combine these discount deals to budget-friendly destinations, and you'll have the trip of a lifetime but without breaking the bank.

All fares must be purchased by this Sunday, January 20, 2019, by midnight EDT.

As an example below, I found seats departing New York JFK on March 13 and returning from Kiev IEV on March 22, 2019. This is just a sample, head on over to the LOT website to see a full list of available deals.