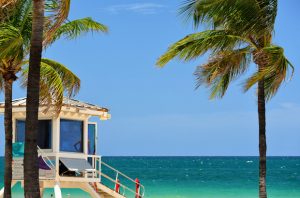 Fly nonstop on select dates this winter from Newark to Ft. Lauderdale for $102 roundtrip on Southwest.

Tickets at this price are available on Tuesdays and Wednesdays starting from late January through early March. Dates at the $51 one-way are slim and selling out fast but other similar travel days are available for just $8-9 more which is still a great deal on this route to fly south for the winter.

As an example below, I found seats departing EWR on Tuesday, January 29 and returning from FLL on Wednesday, February 6, 2019.

As with all Southwest fares, two bags fly free, and all tickets must be purchased directly on the Southwest website.

Are you following our NYC only deals twitter feed? Never miss out on a fantastic fare departing Newark (EWR), New York (LGA), and New York (JFK) by adding @awddealsnyc.

Need a place just steps away from the beach? Here are some hotel deals available for the mentioned dates via Hotelwatchdog.