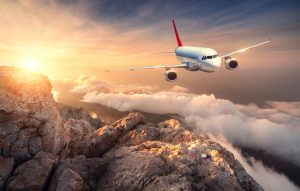 Domestic flights have dropped below $70 roundtrip in JetBlue's latest sale and there are many international routes on a variety of airlines to Europe, South America, and Asia available in the $300s and $400s roundtrip. Have a look at our top 10 airfare picks for today. JetBlue's latest sale has some super low domestic airfares. Fly nonstop from San Jose to Long Beach for $67 roundtrip. Travel is available on Mondays, Tuesdays, Wednesdays, and Thursdays, from January through March. I found seats departing San Jose SJC on Thursday, January 24, returning from Long Beach LGB on Monday, January 28. Perfect for a long weekend away in southern California, while avoiding the hassle of the larger airports in San Francisco or Los Angeles. Book quickly, this sale ends tonight! Fly nonstop from Kansas City to Denver for $98 roundtrip on Southwest. Travel is available daily in January and early February. I found seats departing Kansas City MCI on Friday, January 25, returning from Denver DEN on Friday, February 1. Pack all your gear for a week in the mountains since Southwest includes two free checked bags. Trade the city life for a week in the mountains this winter. Fly from Washington D.C. to Salt Lake City for $124 roundtrip on American. This price can be found on scattered dates through early May, and again in late August and September. The best availability is found for winter travel. I was able to find seats departing Washington DCA on Saturday, January 26, returning from Salt Lake City SLC on Saturday, February 2. This fare is also available departing from Washington-Dulles (IAD). Wanna hit the slopes somewhere else? Check out more deals to ski towns here. Fly nonstop from New York to Portland, Oregon for $197 roundtrip on Alaska Airlines or JetBlue. Travel is available daily from January through March. I was able to find seats departing New York JFK on Friday, February 1, returning from Portland PDX on Monday, February 4. For some tips on what to do in Portland for a weekend, read our guide on The Best Weekend in Portland Ever. 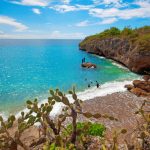 Escape the wintry weather in Canada and head down to the turquoise waters of the Caribbean. Fly from Toronto to Curacao for $293 CAD roundtrip ($218 USD) on American. Travel on scattered dates in January and February. I was able to find seats departing Toronto YYZ on Wednesday, January 23, returning from Curacao CUR on Wednesday, January 30. 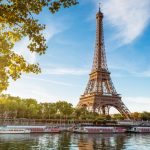 Norwegian is having a limited-time sale to select cities in Europe. Fly nonstop from Oakland to Paris for $330 roundtrip. You can shave off around $30 if you book two separate one-way fares and/or book in a different currency using the Norwegian version of its website. Just make sure you use a credit card that doesn't charge foreign transaction fees.

Travel is valid on Tuesdays, Thursdays, and Saturdays, from mid-January through March. I found seats departing Oakland OAK on Saturday, February 9, returning from Paris CDG on Saturday, February 16. Perfect for a week in Paris over Valentine's Day. This price only includes carry-on bags. A checked bag starts at $45 each way. Fly from Denver to Amsterdam for $338 roundtrip on American/British Airways. Travel is available from late February through May. Travel to Europe on Sundays, Mondays, or Tuesdays. Return from Europe on Tuesdays, Wednesdays, or Thursdays. There is a minimum stay of one week required to get this price. I found seats departing Denver DEN on Tuesday, March 19, returning from Amsterdam AMS on Wednesday, March 27. This is a Basic Economy fare, which only includes carry-on bags. A checked bag costs $60 each way. 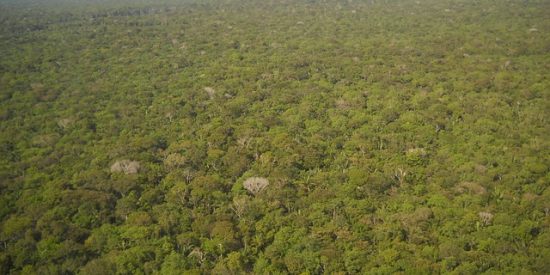 Fly from Miami to Manaus for $342 roundtrip on American/LATAM. You'll find scattered dates available throughout the year starting in January. This price is available for itineraries with nonstop flights in one direction and multiple stops in the other direction. Some itineraries may require long or overnight layovers, but there are many dates where all travel can be completed in one day. If you'd like nonstop flights in both directions, there are a few select dates departing Miami MIA on March 19 or 21, returning from Manaus MAO on March 24 or 25, where you can fly nonstop in both directions for $335 roundtrip. Manaus is the gateway to the Amazon in Brazil, where you can see wildlife you won't find anywhere else in the world. Fly nonstop from Los Angeles to Madrid for $393 roundtrip on Iberia. This is an amazing price for nonstop flights on this route, which you can find for travel on Sundays, Tuesdays, Wednesdays, Thursdays, and Saturdays, in April and May. Slightly higher fares are available for travel from mid-January through March. A 7-night minimum stay is required. Since this is Basic Economy, only carry-on bags are included and you'll have to take whatever seat you get. If you want to check a bag and/or choose your seat, pay $90 more roundtrip for a standard Economy fare. 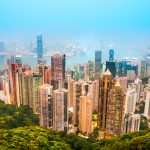