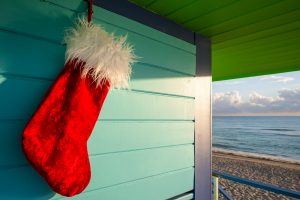 It's Not Too Late! 10 Last Minute Holiday Deals and How to Find Them

Anyone just beginning to look for a holiday fare this late in the season probably doesn’t need a finger-wagging reminder that they should have started searching weeks, even months ago. Yes, Christmas is only a week away and fares are sky high, as they are every year at this time. But! That doesn’t necessarily mean that all hope is lost.

Experiment with your search by plugging in different travel dates, less than ideal flight times, maybe even alternative airports, and you may just discover a reasonable fare.

The point is, you’ll have to get creative with your search parameters, and, yes, that does mean being open to the idea of traveling on a basic economy ticket.

Often, the difference in price is so minimal that most travelers opt for regular economy. But during the holidays, basic economy can be several hundred dollars cheaper than economy, suddenly putting that Christmas flight home within reach. And really, you’re not missing out on much in terms of frills. Both Delta and American now include carry on bags and personal items. United has yet to catch up. You won't get to choose a seat, and you'll be among the last to board, but in the end you still arrive and on the same flight as everyone who paid a little more than you.

Those looking to skip a visit with the family and instead spend the holiday abroad may find international fares to be a little too high for anything so last minute. At this point, your best bet for booking a deal is to look at destinations that fall somewhere in the Goldilocks range of being just a tad too far to drive but close enough for a short (and hopefully cheap) hop by plane.

As proof that it's never too late, here are a few fares we've recently spotted for travel over the upcoming Christmas and New Year’s holidays. You’ll notice that many of these are for peak travel, departing December 23 and 24

New York to Portland, ME $217 Roundtrip, Nonstop, on JetBlue Intro image by LazyLlama via Shutterstock