Editor's note: The airfares in this deal report were thoroughly researched by our dedicated analysts and were current as of Friday, December 14, at 5:00 pm. Availability and pricing may change at any time. To never miss out on another late-breaking deal: Follow us on Twitter @airfarewatchdog and sign up for Fare Alerts on your favorite routes and airports.

We hope your weekend is going well. Are you still looking for a last minute gift idea? Why not give the gift of travel? If you're looking for some ideas, check out our top 5 airfare picks for the weekend. 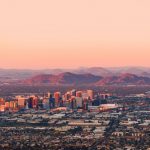 Southwest has reduced prices in many markets that compete with the ultra-low-cost airlines Allegiant, Frontier, and Spirit for winter/spring travel. Nonstop flights on Southwest from Oakland to Phoenix are only $90 roundtrip for travel on Tuesdays and Wednesdays, from January through April. That includes two free checked bags, so avoid paying more in fees on the budget airlines. I found seats departing Oakland OAK on Wednesday, January 23, returning from Phoenix PHX on Tuesday, January 29. 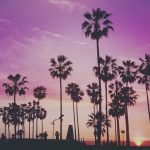 Get out of the cold in Michigan this winter and fly nonstop from Detroit to Miami for $101 roundtrip on American. Travel to Florida on Mondays, Tuesdays, or Wednesdays, and from Florida Tuesdays through Fridays, from January through mid-February. I was able to find seats departing Detroit DTW on Wednesday, January 9, returning from Miami MIA on Tuesday, January 15. This price is Basic Economy, which still includes a normal carry-on allowance, but has restrictions on seat selection and ticket changes. If you don't want the restrictions, a Main Cabin Economy fare is $60 more roundtrip. 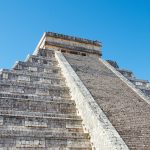 We've been seeing some amazing airfares to Mexico lately. Fly nonstop from Dallas to Cancun for $146 roundtrip on American. This price is available for travel from January through May Day. I was able to find seats departing Dallas DFW on Friday, January 11, returning from Cancun CUN on Friday, January 18. It's Basic Economy, but upgrading to a Main Cabin Economy fare is only $30 more roundtrip if you'd like. 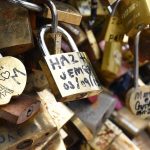 WOW Air has been in the news quite a bit lately. The airline had a rough year financially and is downsizing by removing service in many markets. This route seems to be safe for now and I believe it will be a route that WOW Air sticks with when it restructures its flight schedule. To distract travelers from the bad news, WOW Air is having an incredible 50% off promo code sale on all of its routes.

Using promo code WOWXMAS on wowair.com, you can buy tickets from Montreal to Paris for $308 CAD roundtrip ($235 USD). The promo code will discount travel through March 31, 2019. I found this price available departing Montreal YUL on Wednesday, January 23, returning from Paris CDG on Monday, February 4. WOW basic fares only include a small personal item. Carry-on bags cost $64 CAD each way, and checked bag fees start at $87 CAD each way. This promo code sale expires at 6:59 pm ET, on December 16. 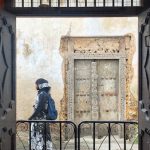 Flights from major cities to locations all over Africa have dropped considerably this week. Fly from New York to Dar Es Salaam for $551 roundtrip on Swiss. This price is available on scattered dates from January through mid-March. I was able to find seats departing New York JFK on Saturday, January 26, returning from Dar Es Salaam DAR on Sunday, February 10.

See all of our fares to Dar Es Salaam (DAR) from all over the U.S. and Canada