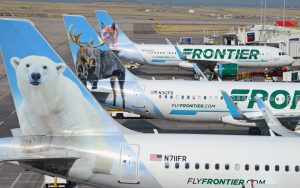 Ends Tonight! 90% off Promo Code Sale on Frontier from $33+ Roundtrip

Frontier is having another high percentage promo code discount for purchase through midnight ET, tonight. Save up to 90% off the base fare on your next Frontier flight for late fall or winter travel. This sale includes a few routes that are normally excluded from Frontier's promo code sales. Fares start at just $33 roundtrip.

Even though Friday/Sunday travel is excluded from this promo code sale, you may still be able to score a long weekend travel deal departing Thursday, and returning on a Monday.

As an example booking, after entering promo code SAVE90 on FlyFrontier.com, I found seats departing Buffalo BUF on Thursday, January 24, returning from Orlando MCO on Monday, January 28, for $70 roundtrip. Perfect for a winter weekend getaway. 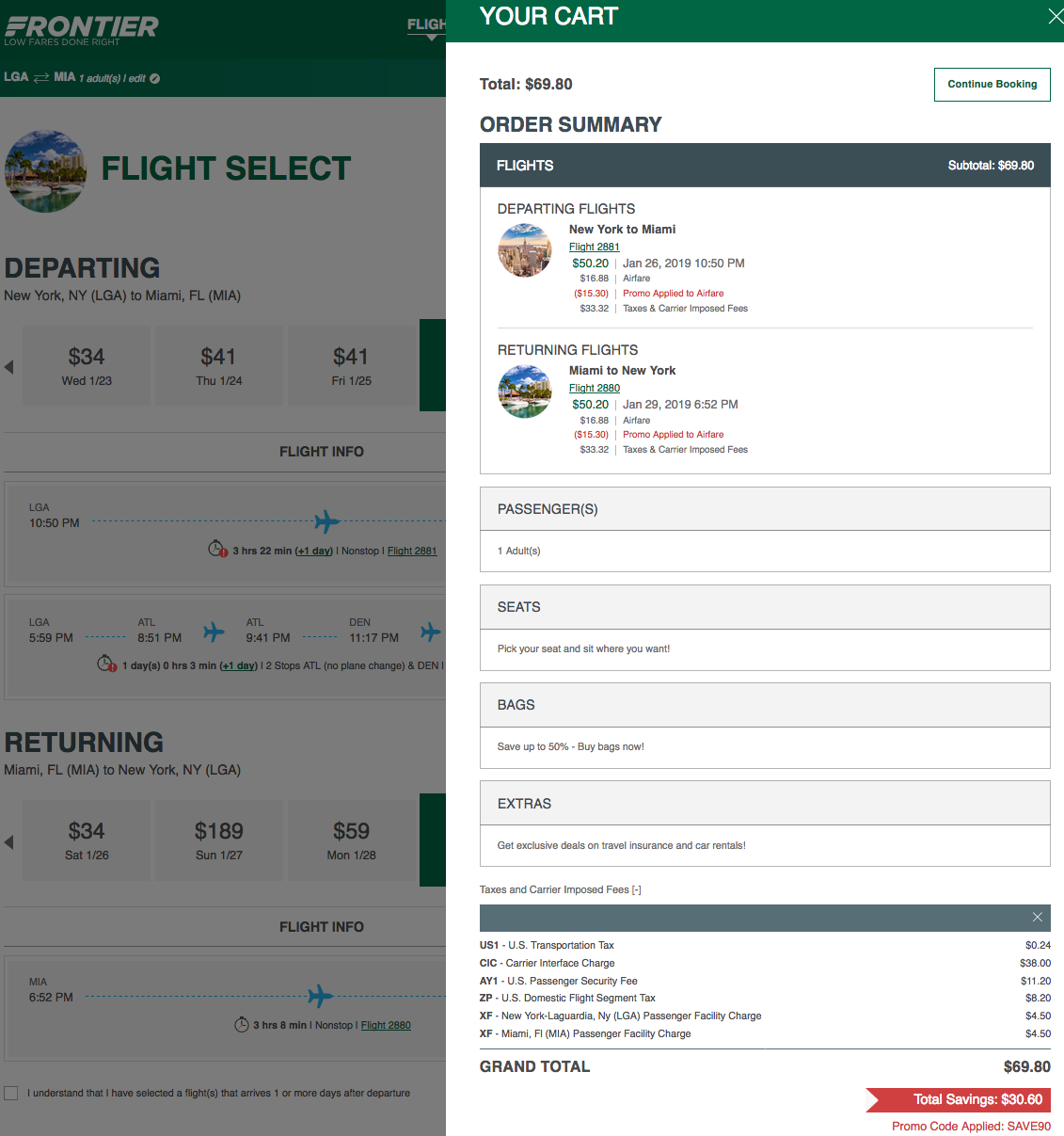 roundtrip
All products and services mentioned on Airfarewatchdog are independently selected by our team of expert travelers. If you buy something through our links, we may earn an affiliate commission.