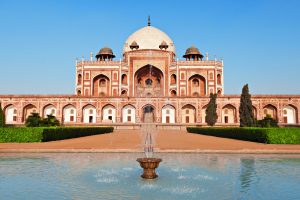 Fares from the U.S. to India may go on sale from time to time, but they are rarely, if ever, cheap. That may soon change with WOW Air’s New Delhi service, set to begin December 5.

Fares are advertised as $199 but that’s only for the outbound leg of a roundtrip ticket, with the return leg priced a bit higher. Searching Detroit for late January departures, the $199 outbound comes with a $345 return for WOW basic, or $554 total. That’s WOW’s cheapest ticketing tier which includes only a personal item. Carry on and checked baggage is additional. In other words, pack light or pay up.

WOW’s sale fares are available for travel from January 5 through April 10, though we did spot similarly low fares from some cities for departures as early as December 5.

Visit our New Delhi (DEL) fare listings for a complete look of current finds from all over the U.S. and Canada.

Above image by saiko3p via Shutterstock