Swoop is having a promo code sale valid for purchase through tonight. Save up to 25% off the base fare for travel through early March. Fares are as low as $48 CAD roundtrip.

Since some of Swoop fares are mostly taxes, this promo code may not discount the total price all that much, but we're seeing some good discounts on international routes. International routes from Canada to Mexico and the Caribbean begin in January and many of these routes are only operated on select days each week. Click on the fare details for more info.

All fares are nonstop. Prices were found on Swoop's website in CAD and converted to USD on XE.com for comparison purposes on Airfarewatchdog. Domestic Canadian fares are mostly the same in the reverse direction. Some routes may vary slightly depending on city of origin. Cross-border routes tend to have a greater variance in pricing depending on city of origin. It may be possible to get slightly cheaper fares by booking two separate one-way flights.

As an example booking, after chooseing dates on flyswoop.com and entering promo code ENDZONE on the following page, I found seats departing Hamilton YHM on Sunday, January 20, returning from Montego Bay MBJ on Sunday, January 27, for $270 CAD roundtrip. 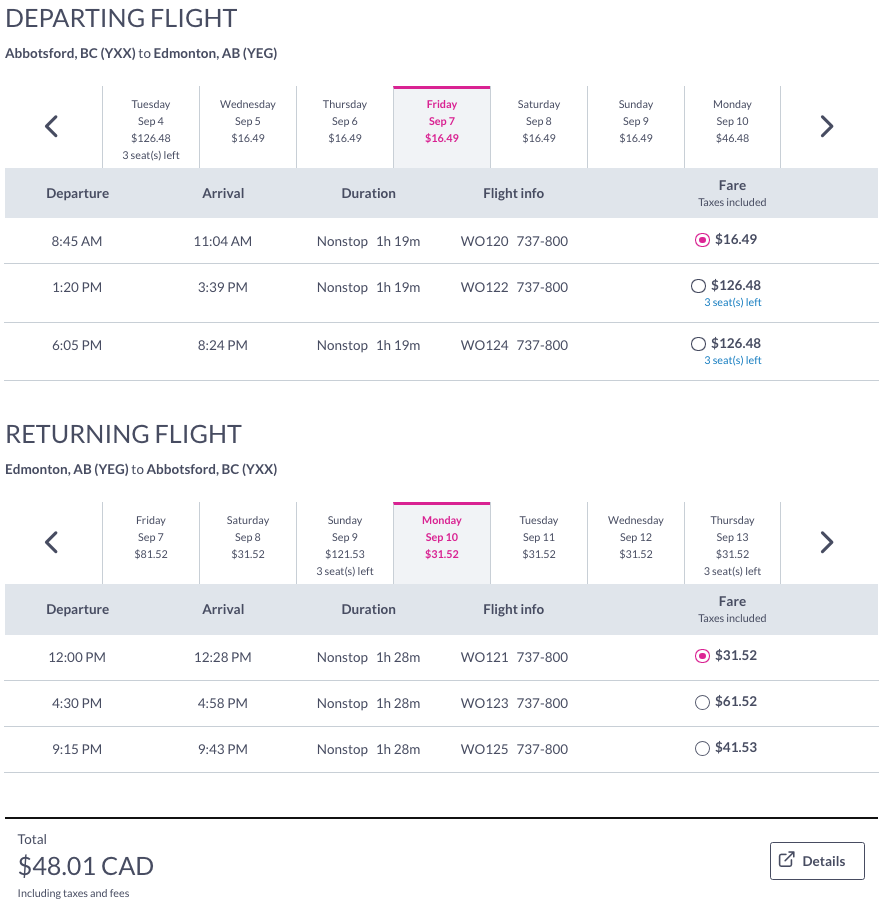