Fly from Los Angeles to New Orleans for $171 roundtrip, nonstop on Delta and limited dates on American Airlines.

Head to the Big Easy on any day of the week starting in late November through the end of April – if available. Inventory is fairly easy to find on most travel dates. However, peak holiday times and Mardi Gras seem to be harder to wrangle. But that didn't stop me from looking though! If you want to have your fun on Fat Tuesday, there are still a few flight options available. You'll have to depart on the morning of March 5th in order to arrive on time, but you'll be there nonetheless!

As an example, I found tickets in time for the big celebration leaving LAX on the morning of Tuesday, March 5 and returning from MSY on Tuesday, March 12, 2019. Other dates in January and February when other parades take place are widely available, so those might be your best bet.

For those Angelenos who have their sights set on other destinations. We've got a full list of available flight deals right here on the Los Angeles (LAX) departure page.

Need a place to rest your head after a big night out in NOLA? Here's what's available for the sample dates on Hotelwatchdog. 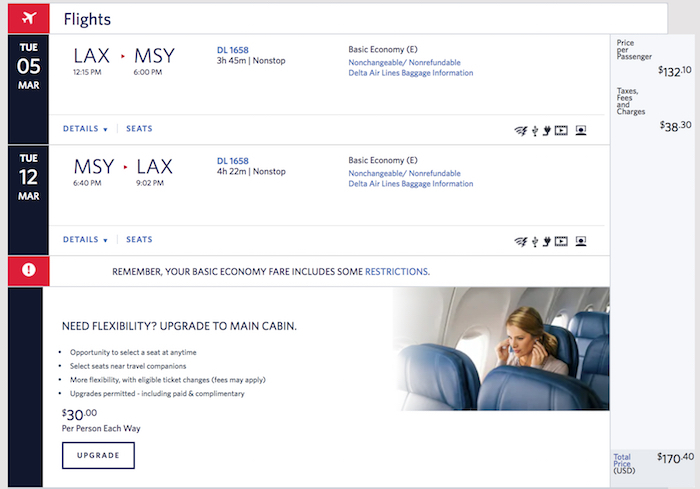