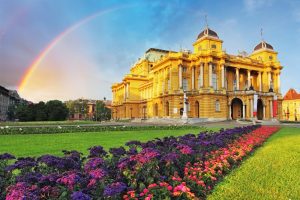 Amazing Fares to Croatia from $239+ Roundtrip

Travel to Croatia this fall, winter, or spring for an incredible price on major airlines. Tickets on a combination of British Airways, American, and Croatia Airlines are deeply discounted when booking on certain third-party websites. These may be mistake fares, so book right away before they disappear. Fares are as low as $239 roundtrip.

Update: These deals seem to be gone. Good luck to any who booked them and keep your fingers crossed that the tickets will be honored.

Since these seem to be mistake fares, there is a chance that the airline or online travel agency will cancel these tickets in the future. It is best to hold off on any non-refundable accommodations or tours until it is more clear that these fares will be honored.

These prices are only found on third-party booking sites CheapOair and TravelOne and are not likely to stick around much longer. Book now and take advantage of a 24-hour risk-free cancellation policy. You may have to wait longer than normal for the search to complete if you are searching using Kayak or Momondo meta search engines.

You may have to poke around a bit to find these prices. We found scattered dates available from November through April. For the best luck, try early week departures and late week returns. Prices may vary depending on dates. If you see anything in the $300-$450 range, it's a great price and worth booking.

As this is pretty widespread, similar fares are likely available from other cities as well. Have a look at all of our flight deals to Europe and check flights from your city to Zagreb (ZAG) even if it is not listed.

Header image by TTstudio via Shutterstock.