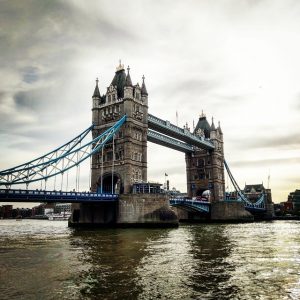 Here are today's fares for our 10 most popular domestic and international routes. Several have stayed the same since last week, with a few increasing, and others fluctuating by a few dollars. As always, you should book as soon as possible since fares are constantly changing.

A big jump from what we've been seeing. This fare is only available the first couple of weeks in November. Leave as early as today! e

This fare is valid for travel scattered dates in November and December.

This basic economy fare is still here, but with extremely limited availability. There are a few dates available for travel in December, January, February and March. Be sure to be flexible!

This fare is available beginning in late November, through the beginning of February. A great deal to Orlando, it stuck around this week.

This fare is basic economy and is valid for travel on scattered dates beginning at the beginning of December, departing through January, with returns through March 5.

Somehow this is another one that has stuck around, despite it being extremely scarce. You'll find it on scattered dates beginning in December. I found seats departing December 10, returning December 14.

A few dollars more since last week, this fare is valid for travel 7 days a week through mid May, beginning in December.

You have to search for this one, but it's there. This fare is valid for travel on scattered days in January and February. I found seats departing DFW on February 5, returning February 12.

This Basic Economy fare is hanging around from last week. It's valid for travel Tuesdays, Wednesdays and Saturdays beginning December 4, through mid June. As expected, it is not available for holiday travel or popular school vacation weeks.

Yet another unchanged fare, it is valid for travel Tuesdays, Wednesdays, and Saturdays in January and February.

A nice little dip in price for this route, we are still amazed at the awesome low fares to Europe these days! Travel beginning in January, through mid May.

This fare has been going back and forth a bit, and is slightly lower this week. A great deal to London! Travel beginning at the end of the month, through mid April.

Unchanged since last week, this fare is valid for travel late January through March.

Norwegian seems to be keeping these fares around - this one also is the same as last week, and is valid for travel at the end of November through March. If you don't mind a stop, WOW Air has a great promo code going til 5pm PST tomorrow, you can get to Paris for just $336!

These super fares to Europe won't quit! Slightly cheaper than last week, this fare is valid for travel beginning in January, through mid May.

You can still plan your winter getaway with this fare from Delta. Travel through March.

This fare is valid for travel at the end of November, through March. It's been around, so book soon, before it goes away!

We're starting to sound like a broken record, but this hasn't changed in awhile. Travel this winter!

Slightly higher than last week, this fare is available on scattered dates in January and February.

Still available this week, you can leave as early as Monday with this fare, with the best availability for travel beginning in 2019.