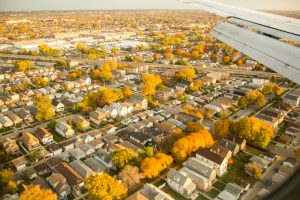 It's Not Too Late! 10 Cheap Thanksgiving Deals and How to Find Them

Yes, you probably should have booked your Thanksgiving flights earlier than, say, now. Fares on many routes are already insanely high, but look closely and the deals are still there.

As with any other popular time to travel, the more flexibility you have with your dates and flight times, the greater your chances for landing a cheap (or at least reasonable) Thanksgiving fare.

Obviously, everyone wants to fly out on Wednesday afternoon before Thanksgiving and return on Sunday, and fares on those dates tend to be the most expensive. Instead, how about departing on Tuesday night and returning the following Saturday, or possibly even on Monday or Tuesday? That may not suit everyone, but you could potentially save hundreds if your schedule allows for a little wiggle room.

You'll find fares are sometimes lower for travel on the day of Thanksgiving for unpopular early morning and evening flight times.

For unfussy flyers who prioritize getting there cheaply above all else, basic economy fares are your friend. Both Delta and American now include carry on bags and personal items. United has yet to catch up. You won't get to choose a seat, and you'll be among the last to board, but in the end you still arrive and on the same flight as everyone who paid a little more than you.

It's Not Too Late to Find Thanksgiving Travel Deals

As proof that it's never too late, here are a few fares we've recently spotted for travel over the upcoming Thanksgiving holiday.

A 7:35pm departure time on Thanksgiving may not work for everyone, but the price is certainly right. Return from MSY on the following Tuesday, November 27. 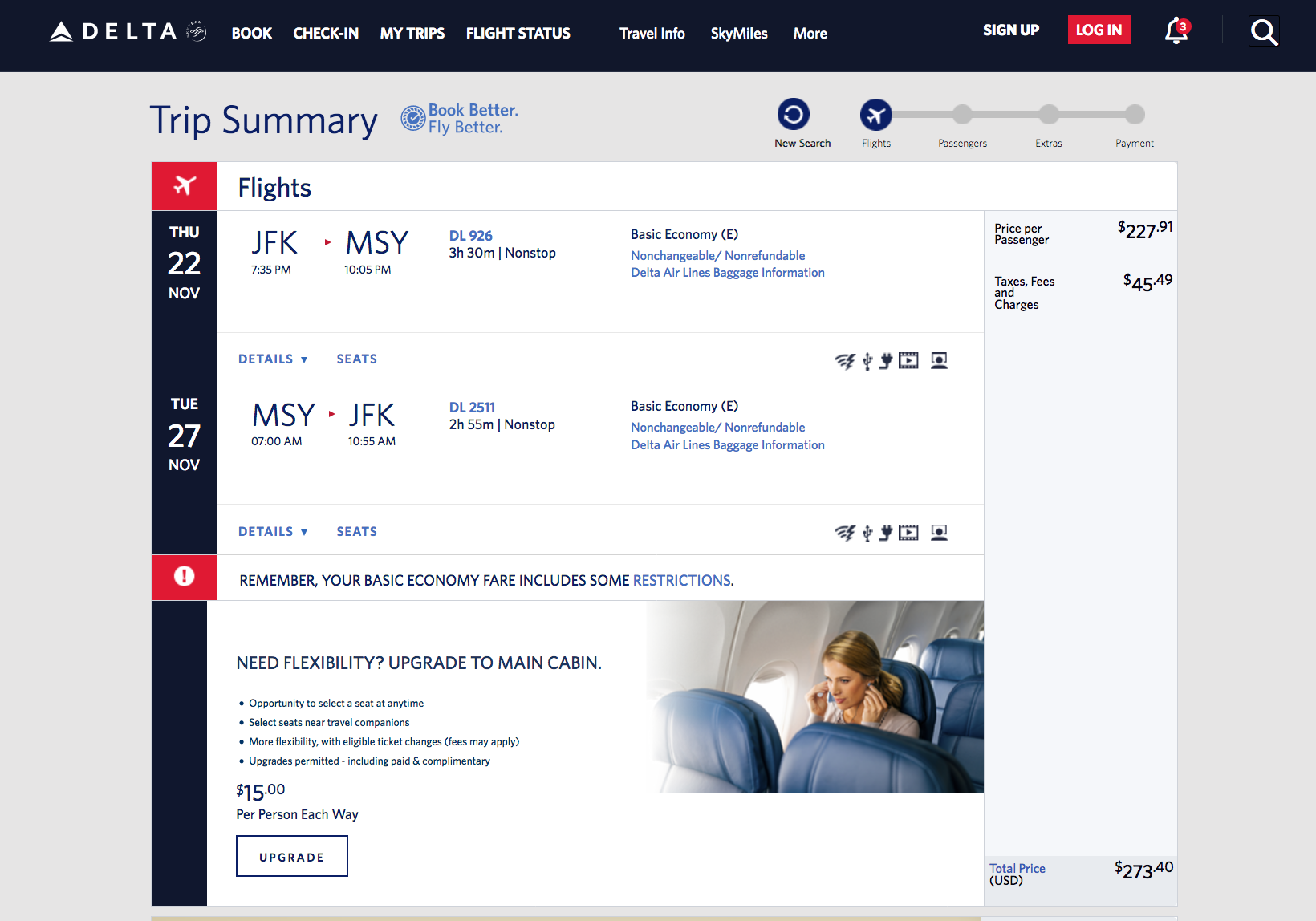 A peak departure time from Houston on the Wednesday before Thanksgiving, returning the following Tuesday. This is a basic economy fare which does include both a carry on and personal item. This fare can be bumped up to main cabin for an extra $30 each way. 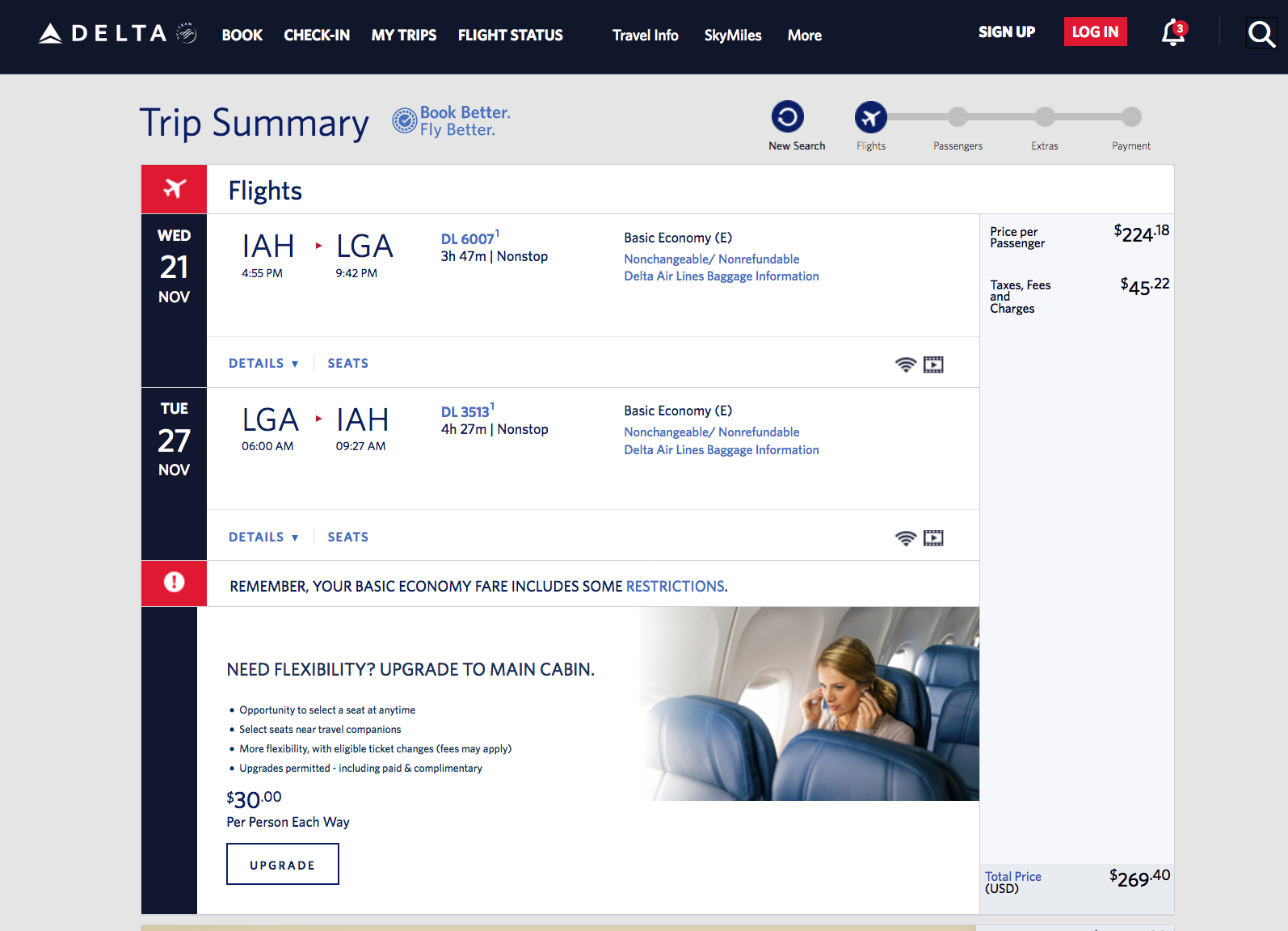 Not bad at all for peak travel! Depart Los Angeles on Wednesday, November 21, return from Salt Lake City on Sunday, November 25. Again, this is basic economy, but the move to main cabin is only an extra $15 each way. 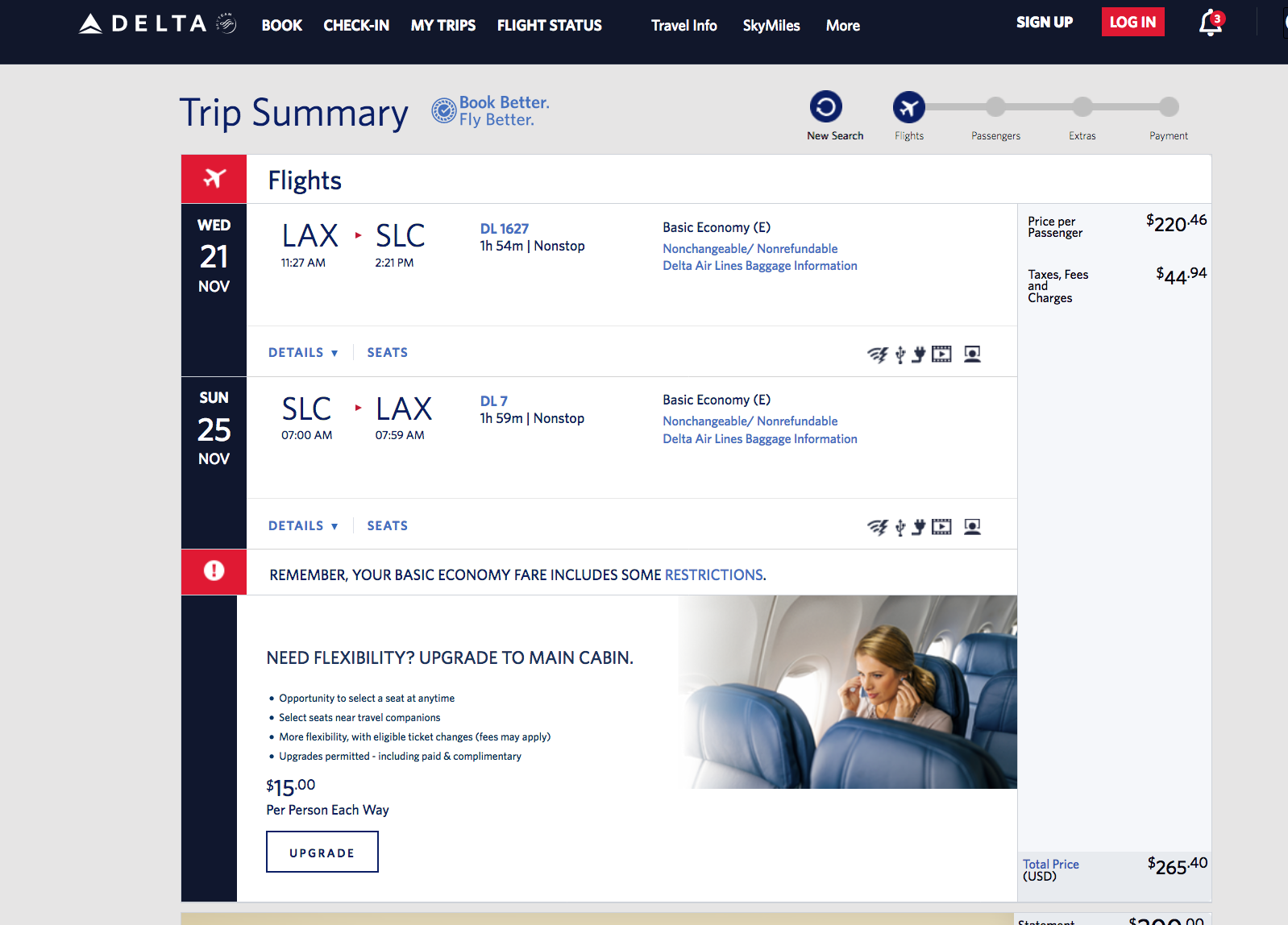 Leave Atlanta after work on Wednesday afternoon, return from Detroit on the following Tuesday morning. Main cabin fares are available for an extra $30 each way, if you absolutely must. 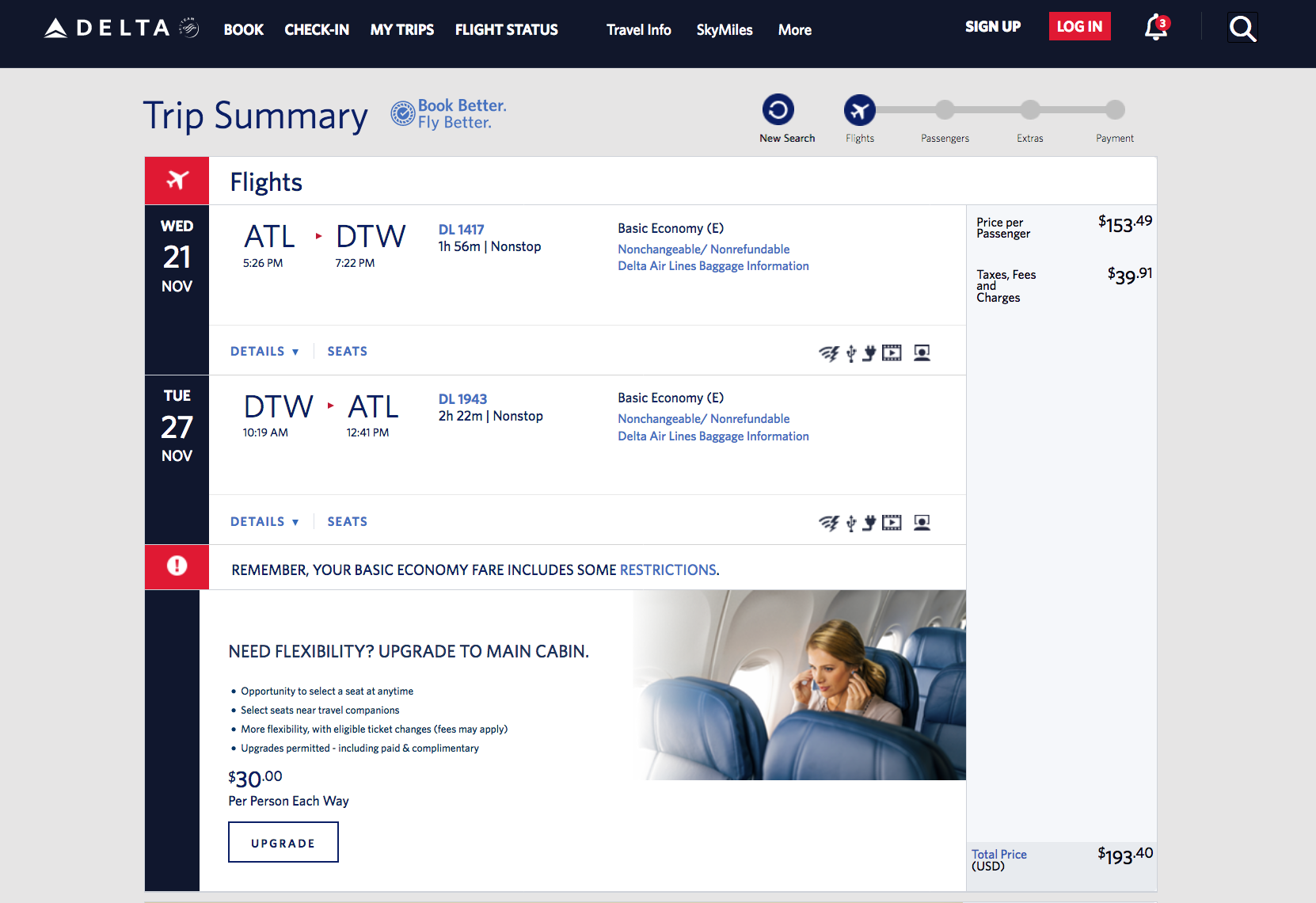 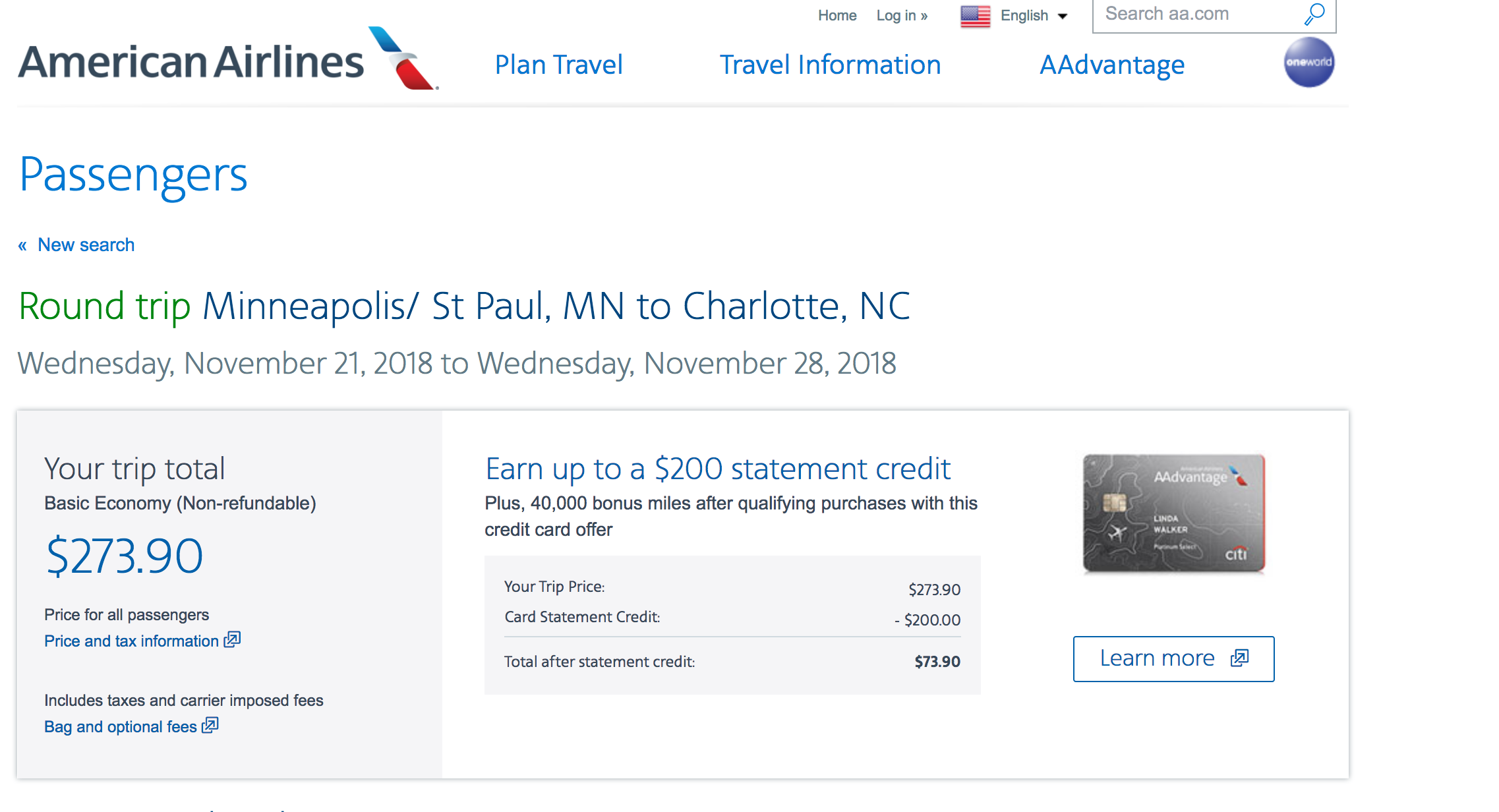 Obviously inflated for the holidays but still within reason, this regular economy fare on United departs IAD on Thanksgiving and returns from BOS on Sunday. 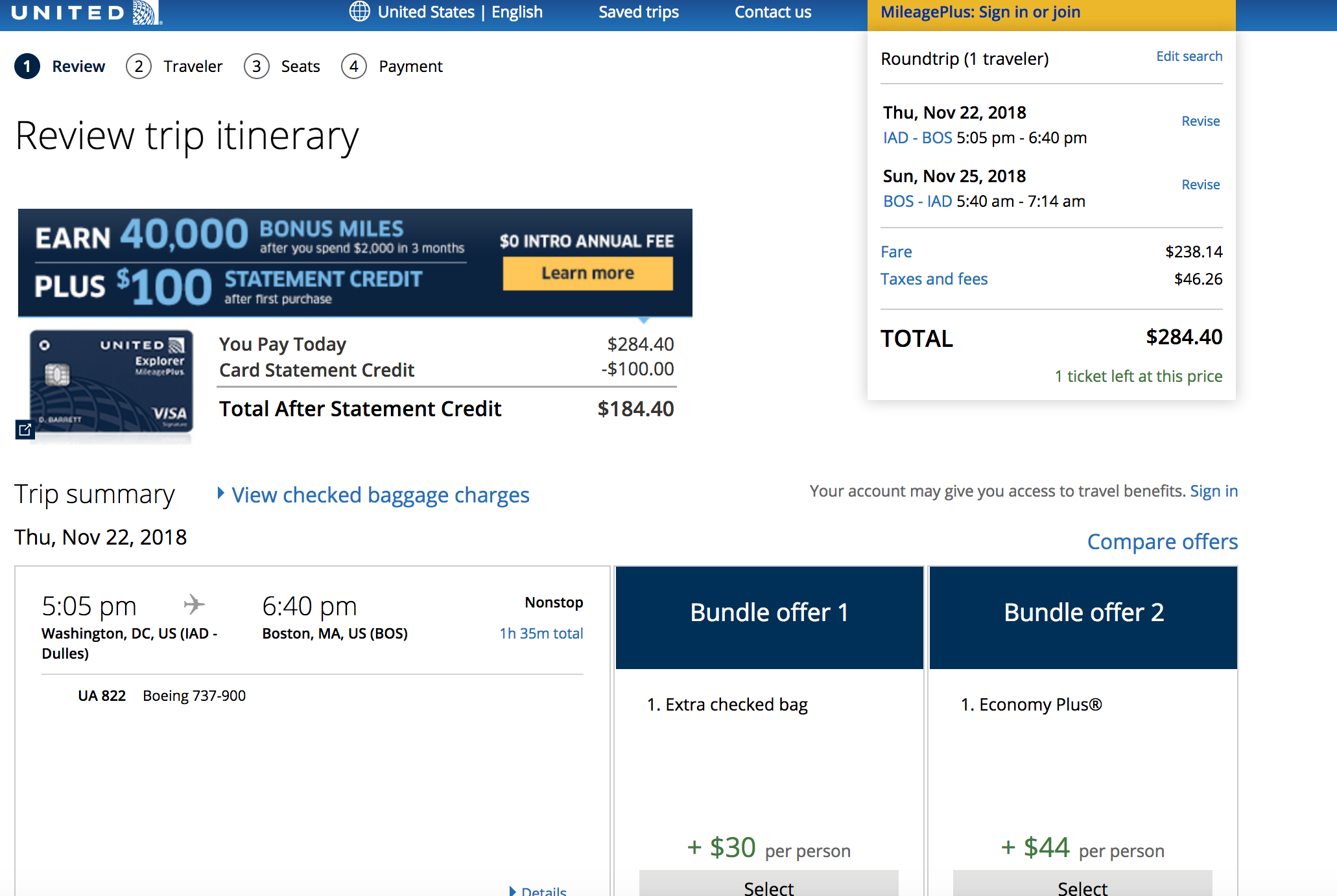 Fares to/from Florida for the holidays are some of the highest, so this $284 nonstop from Philly to Tampa is definitely a great deal. Depart PHL on the Wednesday before Thanksgiving, return from TPA on the following Tuesday, November 27. 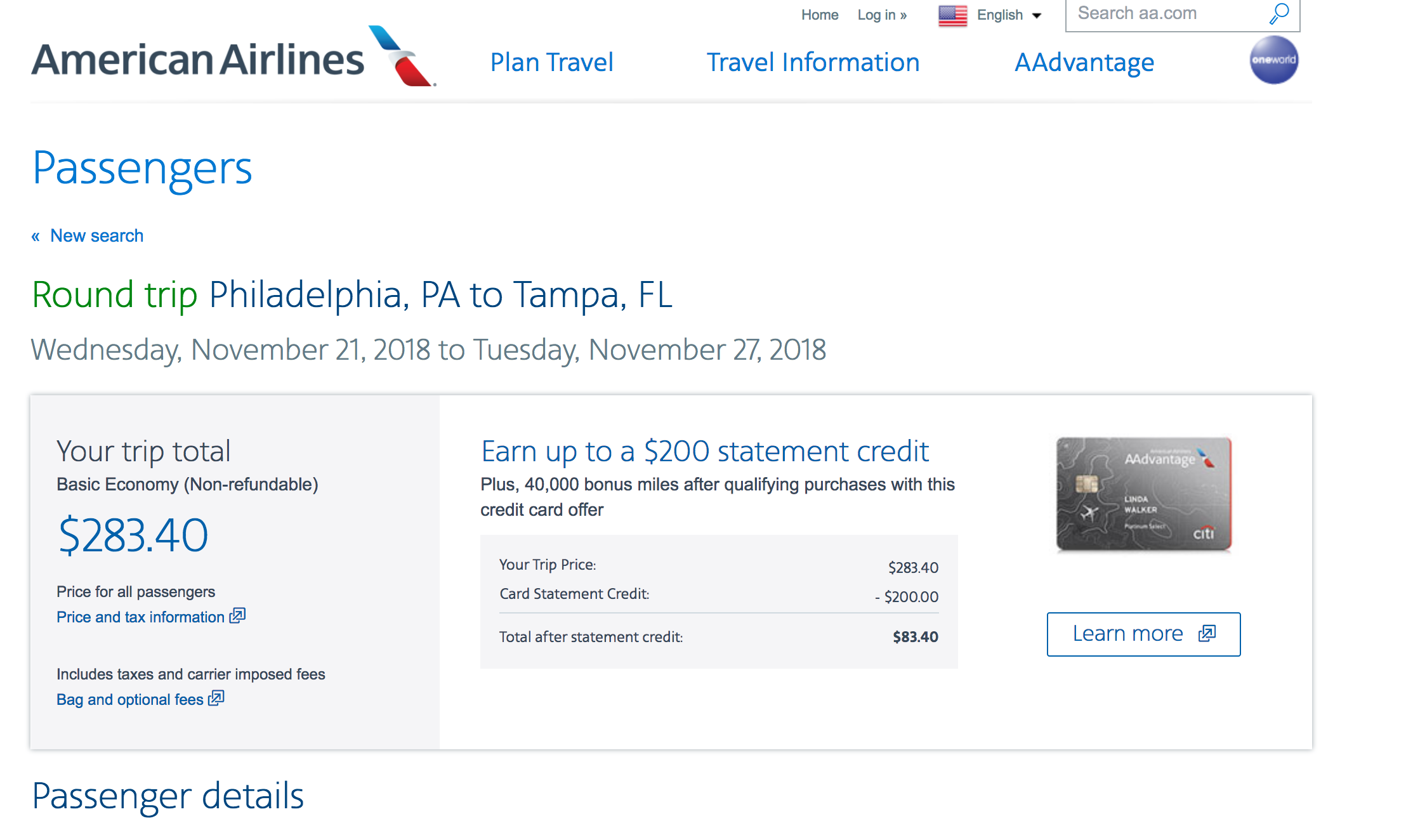 Depart SEA on the afternoon of Thanksgiving. Return from LAS on the morning of Tuesday, November 27. Slightly lower fares may be available on connecting flights or later departure/arrival times. Chicago to New Orleans $213 roundtrip, nonstop, on American and United

You can also string together a couple of cheap one-ways as we did with these two fares from American and United. Google Flights lists these types of fares, providing a breakdown of each. In this case, both of these fares are basic economy, though the return is on United which (technically) does not allow overhead access for this ticket type. Depart ORD on Wednesday, November 21, return from MSY on Monday, November 26. 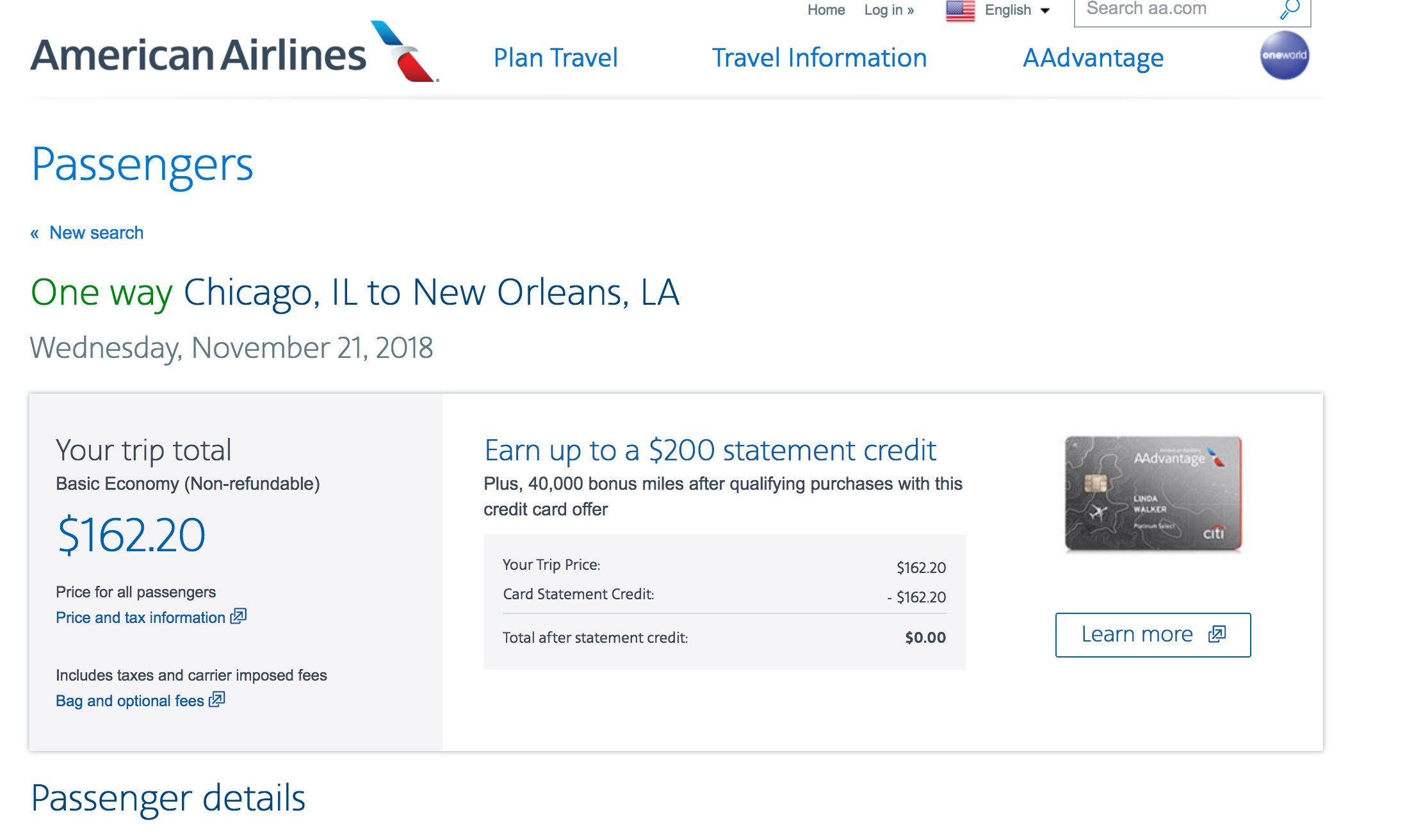