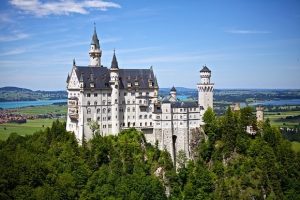 Fly to Europe for less than the cost of most cross-country flights from many major U.S. airports! 2018 is shaping up to be the year of European deals; with some of the lowest airfares, we've seen in the last decade. Matching low-cost carriers the major airlines have had to follow suit to drop their prices to compete.

Unfortunately, some of that strategy included nixing checked bags, but if you're a clever packer or have an airline-branded credit card that waives bag fees you can avoid the extra costs. On many of these routes below booking into the standard economy class that includes luggage in the hold can be upgraded for less than $100, making all these deals still under the $500 marker - still an amazing value!

A number of different airlines are offering these fares, but mostly Oneworld or Skyteam partners trying to undercut StarAlliance bases in Germany, Switzerland, Belgium, and Austria. But deals aren't only limited to those destinations, and it seems like almost all major countries in Europe are having some version of an unadvertised deal going on. Since they are unadvertised, they may disappear at any moment, so I'd recommend to book ASAP or put a fare on hold if you need a moment to think.

Depart from late November through the end of April with returns in early May available. Peak holiday travel is blacked out and a Sunday night stay is required to find fares at these fabulous price points.

The list above is just a small sample of all the fantastic fares we've found today. If you don't see your local airport listed or are looking for another destination across the pond, we have a full rundown on all our European Flight Deals here for you to find what you're looking for.