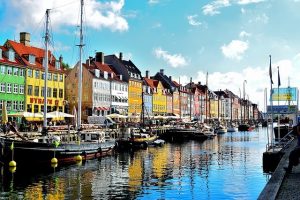 Scandinavian Sale from $428+ Roundtrip Including One Checked Bag

Fly SAS Scandinavian Airlines to Scandinavia and don't worry about any fees for your first checked bag. Flights for winter/spring travel are currently on sale starting from $428 roundtrip.

While most of the major airlines have started selling Basic Economy (hand baggage only) fares across the Atlantic, SAS Scandinavian Airlines is one of the remaining airlines that still includes one free checked bag for all fares sold with flights originating in North America.

This current sale has great availability for travel dates between January 10 - June 7, 2019. A Saturday night stay is required. Flights from Miami are offered on limited days of the week through early May and travel from Boston starts March 31. Some connecting flights may be operated by partner airlines such as United. Click on the fare details below for booking info.

This is not a complete list. Each city has sale fares to Copenhagen (CPH), Helsinki (HEL), Oslo (OSL), and Stockholm (ARN).

You may find lower fares on other airlines like Icelandair or Norwegian, but those prices do not include any checked bags. If you want classic service and need to bring a checked bag, SAS Scandinavian may be the right choice for you. To compare each airline's lowest fares flying across the Atlantic, read our guide to Basic Economy for transatlantic international travel.