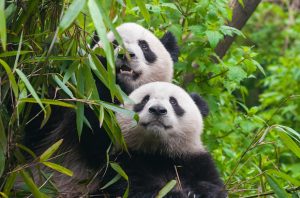 Fly nonstop on five-star Hainan Airlines on all of its nonstop offerings from the U.S. and Mexico. Flights are on sale for next winter and spring starting on February 5 through April 30, 2019. While we’ve seen lots of discount deals to China in the last few months, this one ranks up there as one of the best due to the onboard service and aircrafts operated by Hainan.

Travel days will vary, as these deals can only be had on the nonstop routes, which don’t operate every day on some city-to-city pairs. Many booking and search sites are listing prices higher than the official sale rate, so make sure to book these tickets directly on the Hainan website to find the best prices.

This sale is valid through October 31, 2018. Although Hainan is teasing a sale that will follow this one starting on November 1st, which we will post here when it becomes available.

As an example below, searching on the Hainan site, I found seats departing LAX on Monday, April 1 and returning from Chengdu CTU on Wednesday, April 17, 2019.