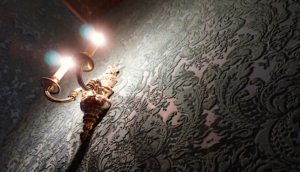 Try your hand at seeing a real ghost at several haunted hotels around the world.

Below are 11 haunted hotels for aspiring ghost-hunters or skeptics hoping to be swayed. Just don't forget to pack your Ouiji board.

If you’ve ever been sad you never had your chance to meet Marilyn Monroe or Montgomery Clift; you may want to stay at the Roosevelt. Monroe and Clift are rumored to haunt the hotel, as are the spirits of a little girl, a swimmer, and other former guests playing pranks on current visitors. An added bonus: it’s located in the heart of Hollywood, close to all of the top tourist spots.

See our current fares to Los Angeles (LAX) from all over the US and Canada.

All castles seem haunted, and the Ruthin Castle is no different. Dating back to the 1200s, Lady Grey, who was once a resident, reportedly still wanders the halls. According to legend, she killed her husband after she found out he was having an affair and was later put to death for the crime. There are other eerie tales, from orbs to screams at night, giving you many chances to experience something. After a night of ghost hunting, you can spend the day relaxing in the castle’s Moat Spa. Located in northern Wales, the paranormal property is about an hour from Manchester Airport.

See our current fares to Manchester (MAN) from all over the US and Canada.

Hauntings aside, this bed & breakfast makes for a creepy place to stay. This is the house where the famed Lizzie Borden murders took place in 1892, and both Lizzie’s father and stepmother have been seen and heard here. Lizzie herself has also appeared in the basement. Hear a cat during your visit? It might just be the cat that was killed shortly before Abby and Andrew Borden. You can rent the whole house for you and 19 of your closest friends, an entire floor, or an individual room. Guests receive a complimentary 1.5-hour tour of the house. Located just over a half-hour from T.F. Green Airport in Providence, RI.

See our current fares to Providence (PVD) from all over the US and Canada.

A prison hotel? Like castles, prisons seem likely to be haunted. With doors that open by themselves, tales of former prisoners roaming the halls, and sleeping in a cell, you may not get the best night’s rest, but you are sure to have some stories to tell if you stay here! With a show, an escape room, a spy game, a tour, and a buffet with “authentic prison food,” you’ll have quite an experience at Karosta. Located on Latvia’s west coast, about 3 hours from Riga.

See our current fares to Riga (RIX) from all over the US and Canada.

I actually have a friend who stayed here and experienced paranormal activity involving faucets turning on by themselves, invisible footsteps, and mysterious banging around the room.  It is made up of five buildings, one of which was a confederate hospital during the Civil War, and another first used by nuns. Several soldiers are thought to haunt the premises, and some guests have reported the elevator doors opening to momentarily reveal an entire hospital floor from time to time.

See our current fares to New Orleans (MSY) from all over the US and Canada.

Hotel Burchianti has loads of reported sightings, from ghostly children to a woman knitting in a chair. Prepare for an authentic evening of spookiness if you choose to stay here. Located in the heart of Florence, Italy.

See our current fares to Florence (FLR) from all over the US and Canada.

Stay at the Ballygally Castle, and you may get a knock on your door by Lady Isabella Shaw, who fell to her death from one of the castle windows. There are also reports of children running in the halls. You can even request the “ghost room,” of Lady Isabella’. The hotel’s website asks for your testimonials after you’ve stayed in the ghost room. Located on the gorgeous coast of Northern Ireland, less than an hour from Belfast.

See our current fares to Belfast (BFS) from all over the US and Canada.

Did you think I was going to forget to add this one? Of course not! The hotel was the inspiration for Stephen King’s The Shining. When King was staying there in the 70s, he had a dream of his 3-year-old son running down one of the hotels long corridors, screaming. And thus, a house of horrors was born. The actual spirits seem to be less sinister than the film leads you to believe. The hotel’s original owner, Oscar Stanley, and his wife are still around and are friendly to guests. Whether it’s for the history of the hotel or for the reported paranormal activity, it’s a good one for your list. Located about an hour-and-a-half from Denver.

See our current fares to Denver (DEN) from all over the US and Canada.

With at least eight spirits said to be hanging around the premises, the Logan Inn is a must for ghost hunters. Mist reportedly appears out of nowhere. Echoes of giggling children show up in rooms. You may be sleeping with one eye open when you stay here. Located in New Hope, Pennsylvania, you’ll have plenty to do when you aren’t walking around the inn with your EVP recorder. Located about an hour from Philadelphia.

See our current fares to Philadelphia (PHL) from all over the US and Canada.

Originally built as a private home, Nob Hill abounds with prankster ghosts: flickering lights, doors opening and shutting, items going missing. It’s all part of the fun! There was even a reported sighting of a woman in period clothing wisping around in the wine cellar.

See our current fares to San Francisco (SFO) from all over the US and Canada.

The site of an unsolved murder in 1911, The Savoy was the inspiration behind Agatha Christie’s first novel, The Mysterious Affair at Styles. Quite frankly, if it’s good enough for Agatha Christie, it’s good enough for me. Frances Garnett-Orme, the famed spiritualist, was found dead by poison in her room in 1911, and apparently still wanders the hotel today. Located about an hour-and-a-half from Dehradun Airport or roughly six-and-a-half hours north of New Delhi, you'll feel in another world staying at the Savoy – a supernatural one.

See our current fares to Dehradun (DED) from all over the US and Canada.