Don't Go Home for the Holidays. Go on Vacation Instead.

Just beginning to sort out your Thanksgiving plans? Even this late in the season, there are still plenty of deals out there, but you may find greater value in international trips.

Thanksgiving is an ideal time to squeeze in one last trip at the end of the year, with Thursday and Friday free from work, and a PTO balance nearing empty.

We're seeing some excellent deals on international travel this year, sometimes on par with what you might pay for a domestic ticket for travel over Thanksgiving. Better still, many of these deals are for nonstop travel.

These fares could disappear at any time, so if something catches your eye, you'd better move fast.

Newark to Beirut $592 roundtrip on Lufthansa

Swap out the dry turkey for Lebanese. Flights are inexpensive and the fattoush alone is worth crossing an ocean. From Newark, we found seats going for $592 roundtrip on Lufthansa, departing EWR on the Wednesday before Thanksgiving, and returning from BEY on Thursday, November 29. Flights connect via Frankfurt. From most major cities, this would be so-so fare. From Atlanta? This is a major deal, especially for a nonstop over the holidays. Depart ATL on Monday, November 19, returning from CDG on Tuesday, November 27. Pumpkin paella isn't a thing, at least not yet, but you'll have no trouble finding a decent seafood paella in Madrid. From Miami, SkyTeam partner Air Europa has seats for $414 nonstop over the week of the holiday. Depart MIA on Thanksgiving, return from MAD on Wednesday, November 28. 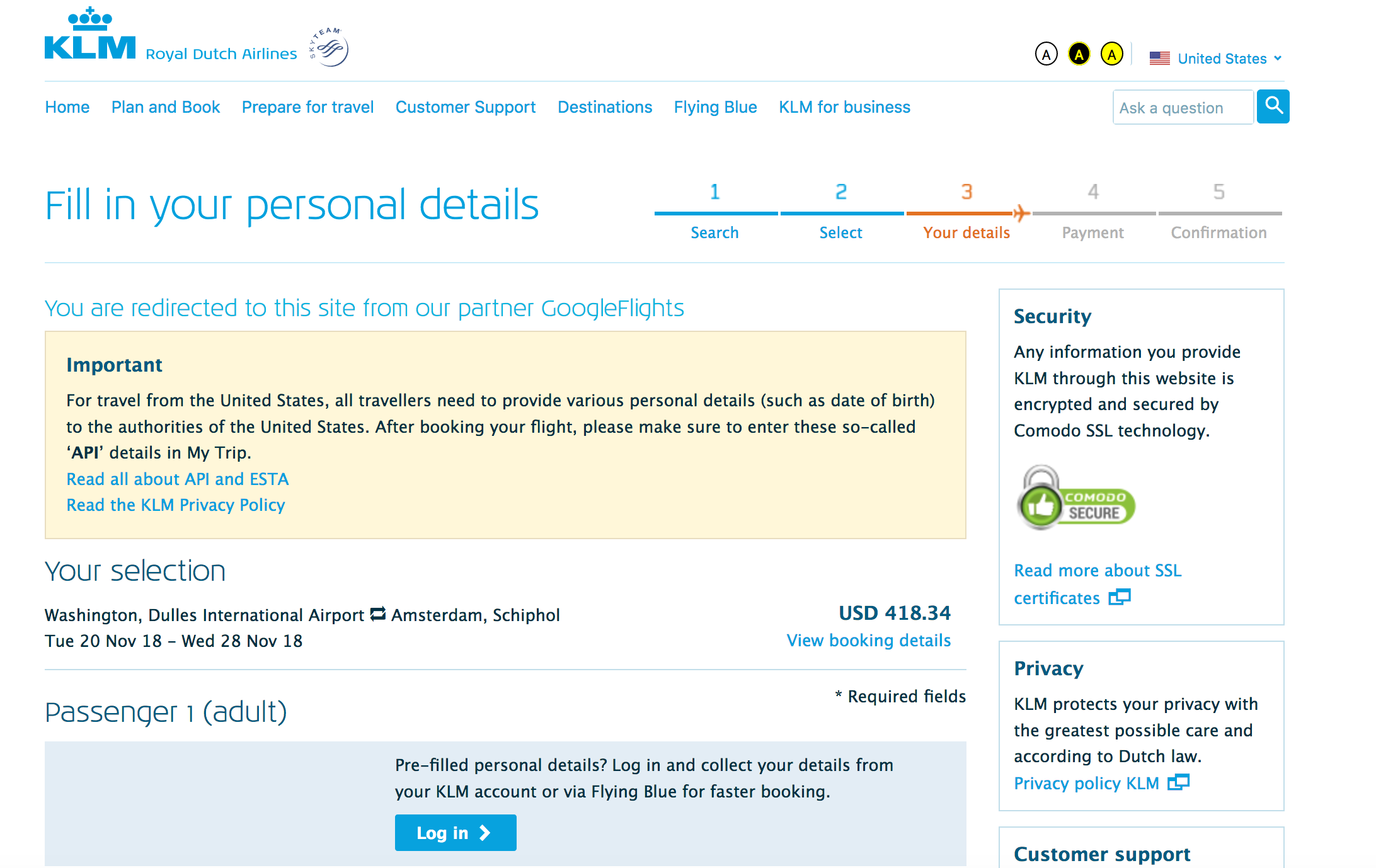 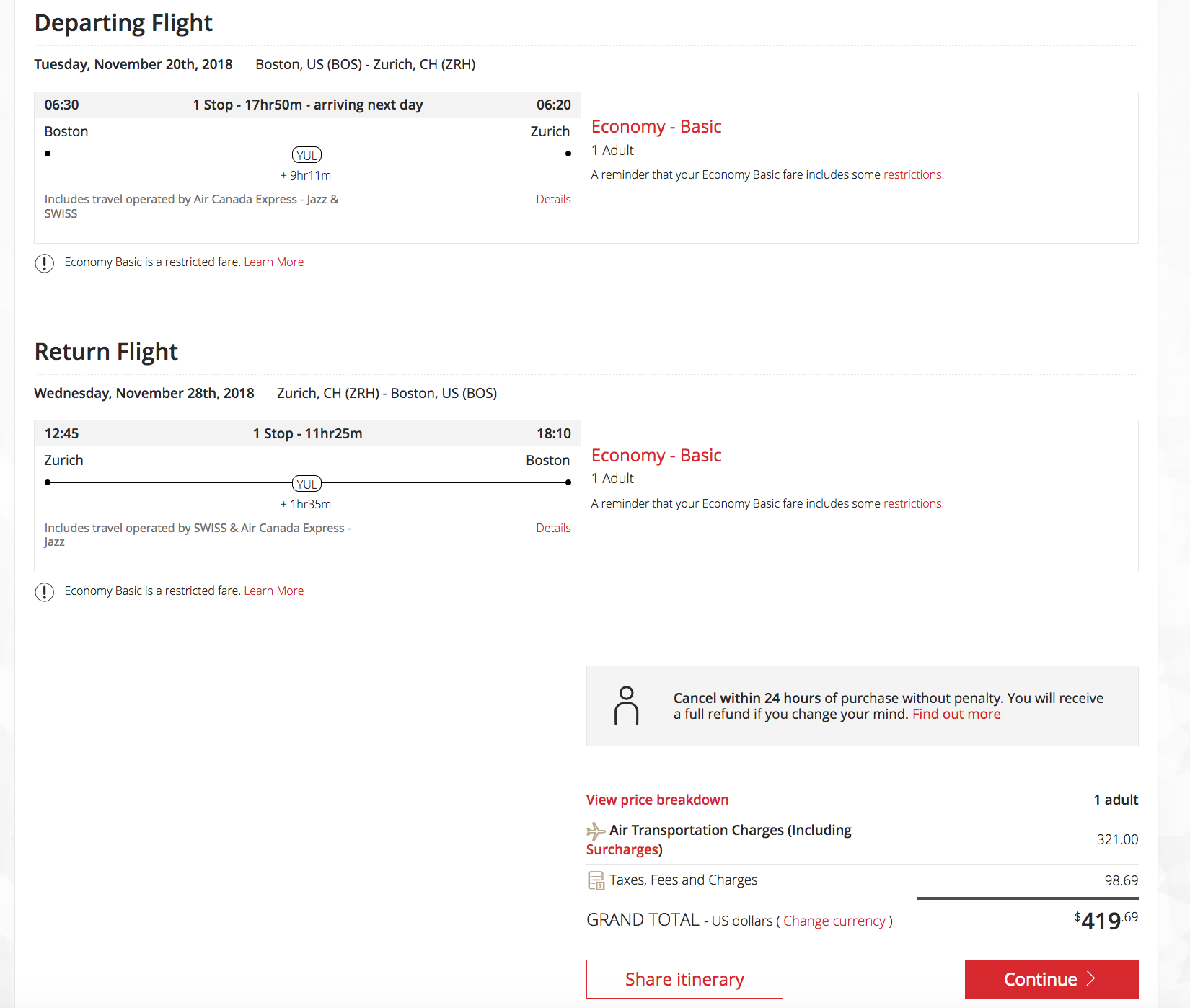 Searching Air Canada, we found seats departing BOS on Tuesday, November 20, returning from ZRH on Wednesday, November 28. Flights connect via Montreal. Nonstops are available on Swiss for $585 roundtrip for those who don't mind a little holiday splurge. Seattle to Dublin $406 roundtrip on United

Depart SEA on Monday, November 19, return from DUB on Thursday, November 29. This lengthy 10-day itinerary may not suit everyone. Shorter trips are available over the last two weeks in November for about $40 more.

Peruse our current list of Thanksgiving finds for a look at what's on offer from your departure city.