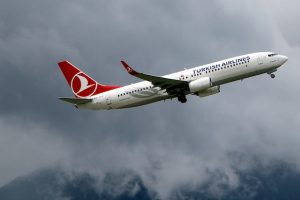 Fly to Europe, the Middle East, or India with Turkish Airlines latest sale, with fares starting as low as $579 roundtrip.

Flights are valid for departures starting as soon as today through May 15, 2019. Departure days will vary by route, but for the most part, flights are available leaving the U.S. on Sunday through Thursday, with return seats available Monday through Friday. Peak holiday travel in December and early January is blacked out, but other than that these fares are widely available and easy to book on the Turkish Airlines website.

While other airlines might be offering fares at a lower price, many of them do not include free checked bags and have some pretty lengthy layovers. These Turkish fares include two pieces of luggage and most have seamless connection times - worth the extra few dollars in my book.

If you fancy a free stopover, Turkish Airlines also offers extended layover deals for flyers that want to explore charming Istanbul (IST) along the way.

New York-JFK to Tirana for $579 roundtrip

New York-JFK to Athens for $629 roundtrip