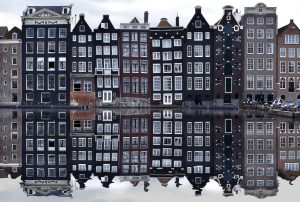 Icelandair Sale to Europe for Winter/Spring Travel; Fares from $309+ Roundtrip

Icelandair is having a sale on flights to Europe for winter/spring travel. These fares allow for a stopover in Iceland if you want to break up your trip and visit two destinations for the price of one. Fares start at $309 roundtrip.

Icelandair has been having a lot of crazy low fares to Europe lately and this advertised sale has some excellent prices with great availability on flights to Amsterdam (AMS), Frankfurt (FRA), Glasgow (GLA), Helsinki (HEL), London-Heathrow (LHR), London-Gatwick (LGW), Oslo (OSL), and Paris (CDG). Flights connect in Reykjavik (KEF) and if desired, you can stop off and check out the northern lights in Iceland on your way to or from the UK or mainland Europe.

Travel is valid from January 10 through April 15, 2019. A Saturday night stay is required and you may stay up to 30 days from the date of departure.

These are Economy Light fares, which only include a standard sized carry-on bag plus a personal item. Seat selection is included, but checked bag fees apply. If you need to check a bag, consider the standard Economy fare, which is usually $100 more roundtrip (cheaper than a checked bag fee roundtrip).

Other airlines may offer better value if you prefer nonstop options or flying on a major airline alliance. Compare all airlines in our guide to Basic Economy fares for transatlantic international travel.

For more deals to Europe, check out our Europe Flight Deals page.