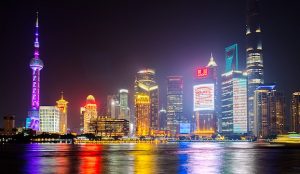 China on Sale: Flights on Air Canada Starting at $376 Roundtrip

We are seeing some more amazing deals from Air Canada to Asia! Earlier this week they had some discount deals to Tokyo, but today it's China that is seeing some deeply discounted deals with many cities under the $400 roundtrip marker. Flights from all over the United States are well below the average on itineraries to Beijing (PEK), and Shanghai (PVG) and the travel window is much larger than previous sales we've seen before.

Flights on most routes are available daily starting in late October early/November through the middle and end of March, returns in April available on some fares. Since this sale is so widespread and connection times from airports vary each route will be a slight bit different regarding stopover times. For the most part, you'll be able to fly with one connection via a Canadian airport, but take note when booking that some routes may require a long layover.

Lastly, you’ll need to book these deals on a third-party site like CheapOair or Priceline as the Air Canada site will jump in price on the final booking screen. Sometimes bumping up prices over a hundred dollars more than the listed price.

I recommend you book these ASAP as they probably won't be around long at these rates. If you're on the fence, the third-party sites I listed above will allow for free cancelations within 24-hours, so purchase now and cancel tomorrow if you have a change of mind.

If your closest airport isn't listed, it doesn't mean it isn't part of this massive sale. So make sure to check our Beijing (PEK) and Shanghai (PVG) flight deal pages to see a full listing of available flight price.