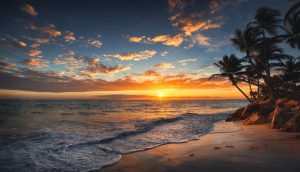 The super cheap flights from United hubs in Newark, Denver, and Houston are on American and are usually only valid on a few last minute travel dates through early November or December.

Nonstop flights from the west coast are available on a variety of airlines for travel through early March, with a 21-day advance purchase required. Routes from Canada to Hawaii vary in availability for travel between October and April. Click on the fare details below for more info. Peak holiday travel will be more expensive on all routes.

Cheap flights to Hawaii from the USA include:

Cheap flights to Hawaii from Canada include:

This is just a sample of cheap flights to Hawaii. Most cities have deals to each Hawaiian island and similar fares are likely available from nearly any city in Canada.

For more deals to Hawaii, check out all of our fares to Honolulu (HNL), Kauai (LIH), Kona (KOA), and Maui (OGG). All prices are shown in USD on Airfarewatchdog pages.