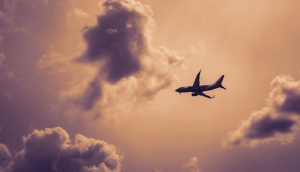 It's Southwest Airlines sale time, and the airline is taking shots at its competitors with this 3-day sale. Claiming they have a different definition of "basic," Southwest is referring to JetBlue's recent announcement that it's going to switch to a basic economy model next year, alongside Alaska's foray into the "basic" marketplace. Leaving Southwest as the sole U.S. based major airline without those restrictive Basic Economy offerings, which is something worth highlighting.

Sale fares are available for Mondays through Thursday and Saturdays from late October through March 6, 2019. As expected peak holiday flights are blacked out on November 20-21, November 24-26, December 21-23, December 26-27, December 29-30, 2018; January 1-2, 2019. As always, pack all you want because Southwest still allows two checked bags for free, while the other airlines have upped bag fees to $30 one-way.

San Francisco to Portland, OR $112 roundtrip