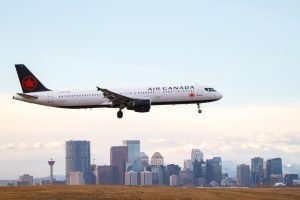 Here's a rare promo code sale on Air Canada. Take 20% off flights within Canada, flights from Canada to sun destinations, select flights between Canada and the US, and one specific European route. Fares are as low as $170 CAD roundtrip.

Use promo code XC3CF3X1 when booking on AirCanada.com for travel from October 10 through December 19. Avoid blackout dates November 8, 9, 10, and 12. The promo code will discount the base fare 20% off on select routes.

This offer is valid on the following routes:

A sample of connecting flights include:

There are many more routes available as well. Lowest available fares may not be available throughout the entire travel period or on a daily basis.

Prices from Canada were found in CAD and converted to USD for comparison purposes on Airfarewatchdog. Domestic Canadian fares are mostly the same in the reverse direction. Some routes may vary slightly depending on city of origin. Cross-border routes between US and Canada tend to have a greater variance in pricing depending on city of origin. USD prices from the US were found on the US version of Air Canada's site.