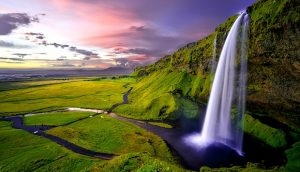 Delta is putting Iceland on sale from the entire US. Travel from nearly every city where Delta flies to Reykjavik for under $300 roundtrip. Fares go as low as $221 roundtrip.

We love finding nationwide sales and this one does not disappoint. Some routes may have lower fares on WOW Air, but WOW charges extra for everything. All of these fares will include a carry-on bag plus one personal item and meal service.

Travel at these crazy low fares starting October 29, with departures from the US on Mondays, Thursdays, and Saturdays through February. Return from Iceland on Sundays, Tuesdays, and Fridays, through March. There are a few other scattered travel dates available in November/December. A 7-night minimum stay is required.

Most of these are Basic Economy fares, which only include carry-on bags and don't allow for advanced seat assignment or ticket changes. The upgrade to Main Cabin Economy, which includes one free checked bag, seat selection, and allows for ticket changes, ranges from $70-$110 roundtrip on most routes. There are a few cities where the upgrade is only $19 more and totally worth paying the extra money.

This sale is unadvertised and prices may jump at any time. Book your trip to see the northern lights now.

Portland, OR to Reykjavik $267 roundtrip

For more deals to Iceland, have a look at all of our fares to Reykjavik (KEF). Since this is nationwide, check flights from your city (large or small) even if your city isn't listed.

If you're looking for a trip to other cities on the mainland of Europe, this Delta sale is widespread with fares from nearly every city in the US to nearly anywhere in Europe in the $400s and $500s roundtrip. Nonstop Delta flights to Europe are as low as $319 roundtrip.