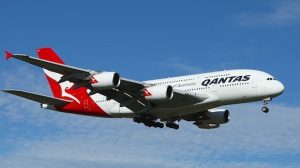 Qantas Sale: Flights Down Under Starting at $839 Roundtrip

While it's technically springtime in Australia, flag carrier Qantas has decided it's the right time to put out a late summer and fall sale. This sale features all Qantas operated flights from the United States to Australia's big three - Sydney, Melbourne, and Brisbane starting at $839 roundtrip.

Each route has varying departure dates, but most are available starting in early February through June 28, 2019. There is also a small travel window in November through early December on some of these routes, but they aren't officially listed as part of the sale conditions,. However, they still price out at the sale fare listed. Departures are available Monday through Thursday, and a 5-day minimum stay is required (not that you'd fly all that way for less than a week). If Australia is one of your bucket-list destinations then now's a good time to book that dream trip mate!

You will have until midnight on October 3, 2018, to get your plans ready and book these great sale fares Down Under.