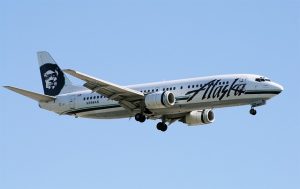 Today only! Alaska Airlines is having a flash sale valid for purchase through 11:59 pm PT, tonight, September 4. Travel is available through mid-December or early March depending on the route.

If you like something you see, book quickly. You'll have a day to think about your plans. If things don't work out, you can cancel within 24-hours of booking.

There are many more routes available and domestic fares work in reverse as well.