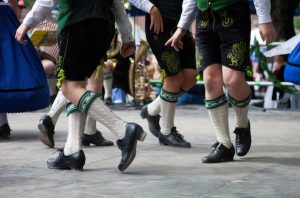 It's a Friday before Labor Day fare war, and your home airport is probably having a deep discount deal to Europe! It looks like American and Oneworld partners are putting nearly every major airport in the U.S. (excluding Delta hubs) on sale to StarAlliance destinations all over Europe. These fantastic fares can be bought starting at $435 roundtrip to Zurich, $445 roundtrip to Brussels and around $470-485 roundtrip to Munich, Frankfurt, and Vienna. Tickets at these prices are available in many major markets from coast-to-coast, even Hawaii and Puerto Rico are part of this massive markdown!

These are some amazing prices for routes that are generally twice the price, especially those to Munich which on many itineraries there is overlapping availability during Oktoberfest. Oompah!

Because this sale is unadvertised, it may not last for very long, so I'd recommend booking ASAP if something catches your eye. Most third-party booking sites have a 24-hour free cancellation policy so you'll have a day to figure out the details.

Travel is available on a wide range of dates, but generally opens up in late September/early October and is valid through May 2019. Daily flights are open on most routes, although smaller cities may require two connections; a 7-night minimum stay is required. Peak holiday travel is blacked out. Many of these are main cabin fares, which means your first checked bag will be included with the ticket price. Click on the fare details below for more booking information.

If your city isn't listed above, it still may be on sale! Above just a small sample of all the deals that are part of this epic deal. Have a look at our Brussels (BRU), Zurich (ZRH), Munich (MUC), Frankfurt (FRA) and Vienna (VIE) flight pages to see a full list of departure cities on sale and a look at our newly launched Europe Flight deal page to see what else is available from your local airport.