From Frontier: Up to 90% Off Promo Code Sale for Fall/Winter Travel

Use promo code SAVE90 when booking on FlyFrontier.com to take 90% off the base fare for nonstop domestic flights on Mondays, Tuesdays, Wednesdays, Thursdays, and Saturdays, from September 5 through October 4. Use promo code SAVE75 to take 75% off the base fare travel on Tuesdays, Wednesdays, and Saturdays, from October 6, 2018, through February 13, 2019. Avoid blackout dates November 15-28, and December 15, 2018, through January 5, 2019.

The discount does not apply to taxes nor Frontier's online booking fee, which is labeled a "Carrier Interface Charge". This means some routes still won't have a very big price drop even with the big sticker shock of 75-90% off. However, there are plenty of routes where we are seeing deep discounts. The discount can also be applied to one-way flights.

There are route exclusions for both the 90% off and the 75% off promo code sales. You may have to click around to find available dates since Frontier operates about half of the route network on just a few days each week. Click on the fare details for more info on exact dates each route is available.

A sample of nonstop routes, which work with both sales (Lowest fare is for the 90% off sale)

Portland, ME to Orlando $41 roundtrip 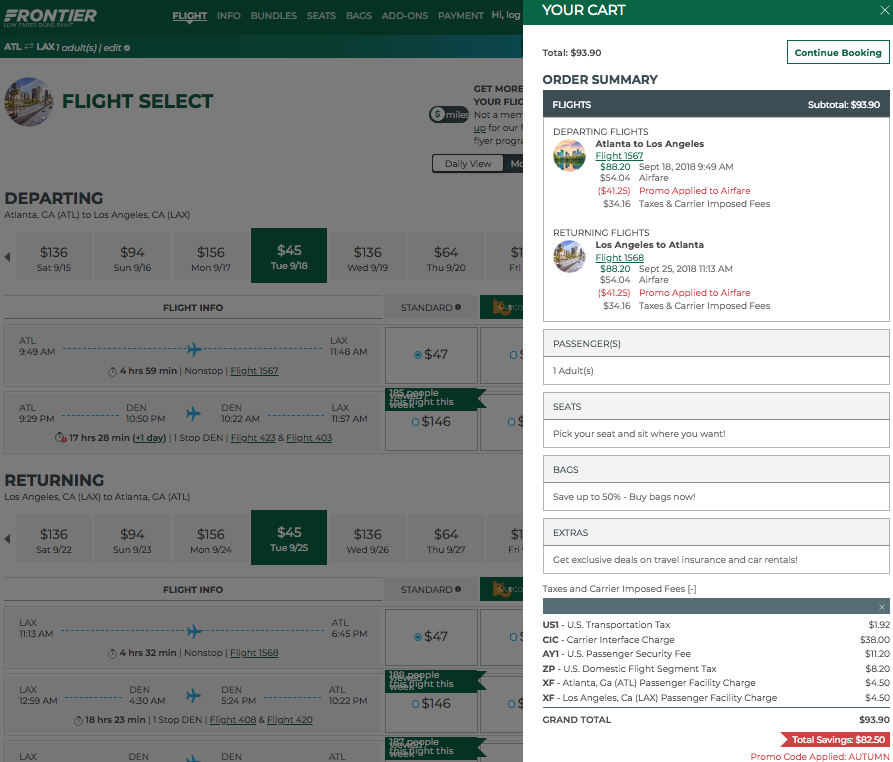