This afternoon, Delta dropped nonstop flights to Hawaii to an incredibly low $247 or $299 roundtrip from both Los Angeles and Seattle. American and Alaska Airlines have matched along a few of the routes. Update: Hawaiian Airlines and now United have matched on some routes, while Alaska Airlines prices have jumped back up. Nonstop flights from other west coast cities are in the mid $300s to multiple Hawaiian islands.

I was even able to find seats for a last-minute Labor Day Weekend getaway departing Los Angeles LAX this Friday, August 31, returning from Lihue, Kauai LIH on Monday, September 3.

These are unadvertised price drops and may not last very long. Book quickly if you want to take a trip out to our island in the Pacific. Although we've seen many great deals to Hawaii lately, this is lower than prices normally go.

Travel is valid daily through September, and there is no advance purchase required. Leave tonight or tomorrow if you wish! Delta has the best availability with its Basic Economy fare. There are a few restrictions like not being able to choose a specific seat, but Delta's Basic Economy fare does include a standard carry-on bag plus one personal item.

For those in Hawaii, all fares also work in the reverse direction. While this particular sale is only limited to a few airports, there are some other great prices to Hawaii out there today.

Need a place to stay in Kauai? Here's what's available for the Labor Day Weekend dates mentioned over at Hotelwatchdog. 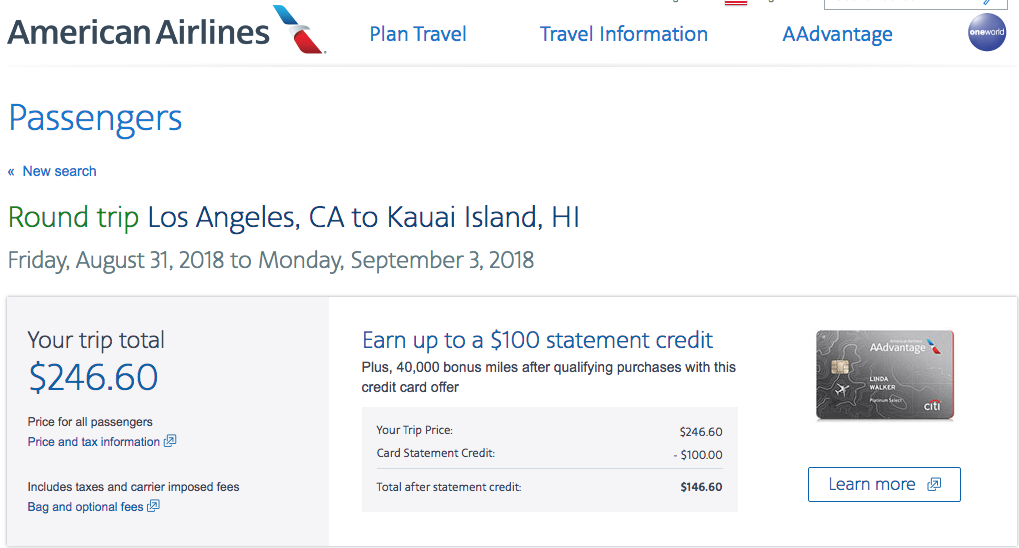