Whether you prefer to fly on a legacy carrier or like to go bare bones and fly an ultra-low-cost carrier, we've got some great airfares on all airlines to tell you about today. Here's a look at the top 10 airfares we've found so far today.

There are a handful of sales going on this week. Along with the advertised sales, there are plenty of unadvertised deals popping up. If you are interested in any of these fares, we recommend you book soon to avoid a missed bargain. All domestic flights also work in the reverse direction. Here's a great deal on a popular route. Part of Southwest's California Sale that ends tonight - fly nonstop from Los Angeles to San Francisco for $78 roundtrip. Like I mentioned this sale ends tonight so don't dilly-dally if you see a fare you like, almost all of Southwest's flights within California are on sale for just $39 one-way. Travel is valid on Tuesdays and Wednesdays starting in early September through the middle of February. Just a reminder that Southwest's fares can only be booked directly with the airlines, so searching on their website I found seats departing LAX on Tuesday, September 18 and returning from SFO on Wednesday, September 26, 2018. 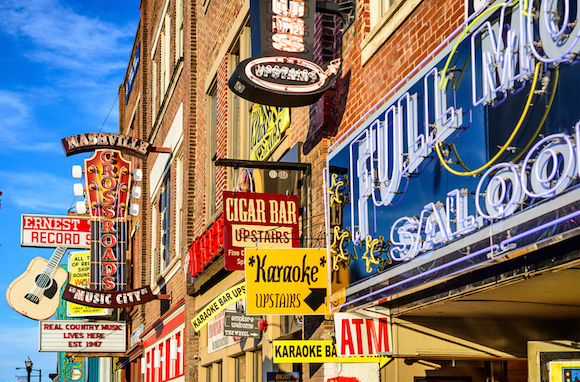 Need a little extra sunshine? Head down from Chicago-O'Hare to Ft. Lauderdale for $89 roundtrip, nonstop on United Airlines. Flights at this price are available starting in mid-September through October 3, 2018. Travel days vary, but you'll have the best luck booking in late September. This fare is in United's basic economy cabin, which limits you to a small carry-on that will fit in the seat in front of you, if you require more baggage spring for the standard economy option for $138 or stick with the basic and check a bag, it will all total $50 more. On United's website, I found seats departing ORD on Tuesday, September 18 and returning from FLL on Wednesday, September 26, 2018.

See all of our fares to Ft. Lauderdale (FLL) from all over the US and Canada Fly nonstop from Islip, Long Island to Orlando for $188 roundtrip on Southwest Airlines. This fare is part of the nationwide sale that Southwest added yesterday to its flight network. The sale full of deals, so have a look to see what's marked down from your local airport. Flights are valid for travel on Monday through Thursday, and on Saturdays, if available. Peak holidays like Thanksgiving, Christmas, and New Year are blacked out, but other than that travel is widely open starting in September through early February 2019. You'll have to hop on over to Southwest's website to book, but as an example, I was easily able to find flights departing ISP on Thursday, January 24 and returning from MCO on Tuesday, January 29, 2019. Fly nonstop from Dallas-Ft. Worth to Detroit for $133 roundtrip on American Airlines. This fare is mimicking the current Southwest sale with its travel dates and days. So similarly you'll be able to find flights on Monday through Thursday and Saturdays (Saturdays are scarce) starting early next month through early February. As with most sales, peak holiday travel windows will be blacked out. This fare also falls into American's basic economy category, however starting September 5, your standard sized carry-ons will be allowed overhead. As an example, I found tickets departing DFW on Wednesday, September 19 and returning from DTW on Saturday, September 22, 2018.

Yesterday, upstart low-cost-carrier Primera Air added Brussels (BRU) to its list of nonstop options to U.S. based travelers. These flights will commence in May and June of 2019, but to find the best prices you'll have to wait until the September and October shoulder season to see the lowest rates. Searching in that travel window, you can travel on the only nonstop option from Boston to Brussels for $333 roundtrip. Keep in mind that Primera is a no-frills airline and just about anything extra comes with a price tag, even so, these new flights are a solid one-way option or for those who can travel light. Searching on Primera's site, I found seats departing BOS on Tuesday, September 10 and returning from BRU on Friday, September 20, 2019. Here's a great international travel sale that's going on to Southeast Asia, fly from Los Angeles to Bangkok, Thailand for $472 roundtrip on Skytrax winner ANA. You'll have to be flexible with dates, but travel is valid on Monday through Thursdays in most months. However, there are periods of blackout windows between September and April. If you'd like to break up the trip and do a 2-for-1, ANA offers stopovers in Tokyo for $100 more per ticket, and that can be arranged on their website or over the phone. Searching on their site, I found seats departing LAX on Tuesday, November 6 and returning from BKK on Tuesday, November 13, 2018. Need some insider tips on how to fly Frontier? Have a look here! Now that you know all the ins and outs; fly nonstop from Denver to Calgary for $99 roundtrip this fall. Flights at this price are available for Tuesday and Thursday travel starting in early September through October 23, 2018. As with all Frontier fares, this is just the baseline price if you need add-ons they'll cost a bit more, this fare does include a small carry-on item. Prices are listed in USD, departures from Canada will be slightly different. On Flyfrontier.com, I saw availability departing DEN on Tuesday, September 25 and returning on Tuesday, October 2, 2018. Say Aloha to this sweet deal to Oahu! Fly from Detroit to Honolulu for $394 roundtrip on American Airlines. This fare is available for departures starting as soon as today and valid for travel through mid-September, if that's too quick for you, then you can also find this fare pop up again in late January through the end of March 2019. Travel days are Sunday through Thursday, with a 7-day minimum stay. We've seen a lot of sale to Hawaii this year, but this fare matches some of the best we've seen departing from the Great Lakes region. On the AA website, I was able to find seats leaving tomorrow September 23 and returning Wednesday, September 5, 2018. How's that for a fun last-minute holiday?!

Fly from Chicago-O'Hare to Athens for $590 roundtrip on Turkish Airlines through April 2019. Flights are available daily starting in the middle of October and valid for travel through the spring. Turkish Airlines allows for free stopovers in Istanbul too if you want to break up your trip. The new state of the art Istanbul airport is set to open shortly soon, so if you can be one of the first to experience that if you book accordingly. Searching on Turkish's site, I found seats departing ORD on Wednesday, December 3 and returning from ATH on Monday, December 17, 2018. Some itineraries may require a long layover, but those can generally be avoided if you are flexible with dates. Here's a nice deal from our friends at JetBlue, fly from Atlanta to Cartagena, Colombia for $290 roundtrip. Flights at this total are available on select days starting on September 15 through the end of October. Flights have a small layover in Ft. Lauderdale, but other than that they are over $200 cheaper than other offerings (except for Spirit). On the JetBlue website, I searched for travel departing ATL on Sunday, September 16 and returning from CTG on Saturday, September 22, 2018, and got this listed price point.