Penny Fares (plus tax) on Frontier; Fares Starting at $24 Roundtrip

Frontier has dropped 36 routes (counting both directions) to just a penny plus taxes. The breakdown actually shows a $0 airfare. After taxes, fares start at just $24 roundtrip.

Availability is limited so you must be somewhat flexible to find the lowest price. Travel days will vary by route, but these rock bottom fares are generally available for travel through October 3, with a 7-day advance purchase required. Many routes have limited frequencies so be sure to check out the specifics in the fare details on your route.

All fares will work in reverse. Keep in mind that Frontier charges extra for any bags larger than a small personal item (small backpack, large purse, etc.). Pack super light to get the lowest price. Checked bag fees start at $25 each way. Larger carry-on bag fees start at $30 each way. 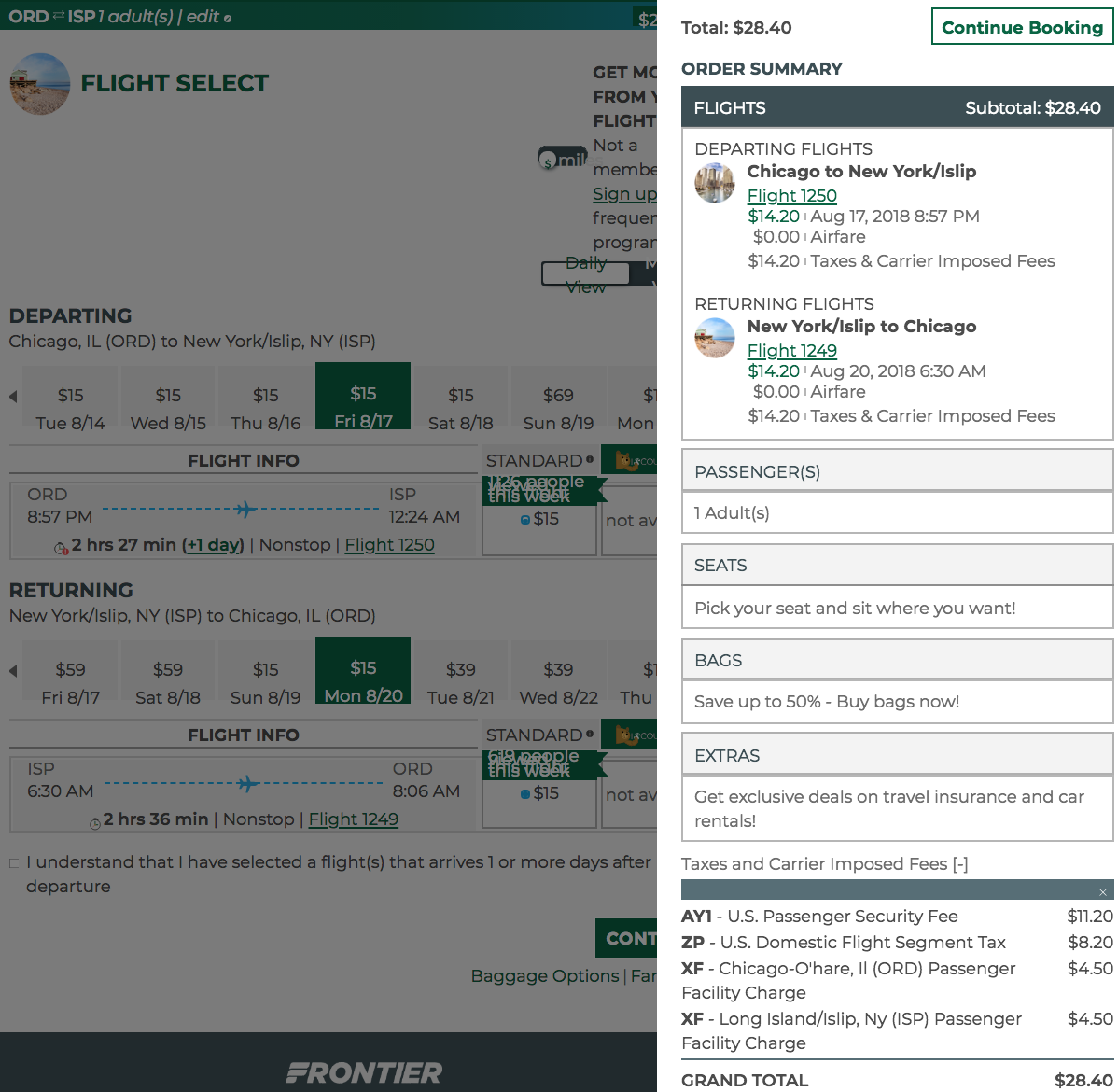