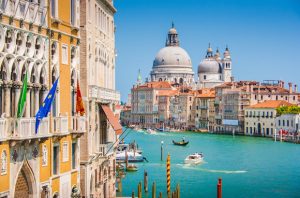 It's been quite a week for airfare to Europe. American had some great sales earlier this week and Delta slashed fares today. Now, United and Star Alliance partners have joined the fun by dropping fares from Delta hub cities in the US to Skyteam hubs in Europe. Fares start at just $422 roundtrip.

Fly to Amsterdam, Milan, Paris, Rome, Venice, and other cities in France or Italy at incredibly low fares on a legacy carrier. I've also noticed many of the great American Airlines/Oneworld deals to Southern France on American, mentioned yesterday, are still available.

Best of all, these deals on United and Air Canada are standard economy fares, which includes one free checked bag. This sale is unadvertised and prices may jump at any time. Book now to secure your trip to Europe!

The travel window may vary by route, but most routes are valid for travel over a wide range of dates departing from the USA between mid-September and early January, excluding peak holiday travel. You may return up to 1-month from date of departure and a 7-night minimum stay is required.

Portland, OR to Amsterdam $426 roundtrip

For a complete list of deals, check out all of our fares to Amsterdam (AMS), Milan (MXP), Paris (CDG), Rome (FCO), and Venice (VCE).