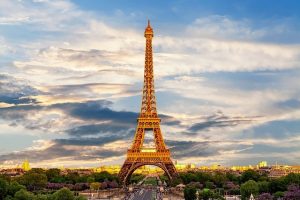 Major Sale to Paris! $436+ Roundtrip on American from over 100 US Cities

Drop everything and book these cheap flights to Paris now. Huge price drops on American Airlines from over 100 airports around the US. Most include one free checked bag. Fares start at $436 roundtrip. If you live in a major city, there are also great deals to other locations all over France.

Some major cities may have lower fares to Paris on other airlines like Icelandair, WOW, or Norwegian, but these are amazing fares on American Airlines from both small and large cities across the USA. Most of these fares are standard main cabin economy fares, which includes one free checked bag. This sale is unadvertised and prices may jump at any time. Book now to secure your trip to France!

The travel window may vary by route, but most routes are valid for travel over a wide range of dates from mid-September through mid-May, excluding peak holiday travel. Some of the larger cities may have a more narrow travel window within these months. A 7-night minimum stay is required.

If the price listed is $478 or below, it is a regular economy fare, which includes one free checked bag (with the one exception of Atlanta). Fares in the $470s can be bought for about $17 less in basic economy, but I'm assuming the majority will be willing to shell out the extra $17 for a regular economy ticket, since basic economy does not include any checked bags or advance seat assignment.

A sample of fares include: Update 2:00pm ET, August 9: Travel windows are closing and seats are starting to sell out. These probably won't last much longer. Book now!

Portland, OR to Paris $461 roundtrip

There are many more routes available as well. This is nearly nationwide, but a few states are excluded from this sale. Most notably, smalller airports in New York, Florida, and Texas.

For a complete list of deals, check out all of our fares to Paris (CDG).