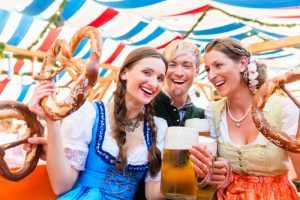 Flights to Germany for $482+ Roundtrip from Over 100 US Cities

Delta has put flights to Germany on sale for travel from October through May. Flights are as low as $482 from a few cities to Munich. Fares to Frankfurt are around $498 roundtrip from over 100 cities across the nation.

This sale is unadvertised and fares may only last a few hours. Act fast to book your trip to Germany. Some cities may have limited availability for Oktoberfest dates if you're flexible with your travel plans.

Generally, travel is valid from October through mid-May, excluding peak holiday travel. You may find a few similar fares on scattered departure dates in late September, but you'll likely have to take a longer trip and return in mid-October to get the better prices. Most late September departure dates have much higher fares. The best availability opens up starting in mid-October.

Travel is valid to Germany on Sundays, Mondays, Tuesdays, and Wednesdays. You may return from Germany on Tuesdays, Wednesdays, and Thursdays. A 7-night minimum stay is required. Prices may vary slightly depending on routing and dates. Be flexible with travel dates to find the lower fares. Prost!

For a complete list of fares, have a look at our Munich (MUC) and Frankfurt (FRA) pages.

These are all regular Main Cabin Economy fares on Delta, which means one free checked bag and advance seat selection are included.

If you want to travel for Oktoberfest, you'll have the best luck finding slightly higher fares departing the first week of October to Frankfurt and then taking a three hour train to Munich to enjoy the last week of festivities. Oktoberfest runs from September 22 through October 7.