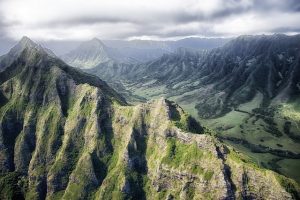 Fly to Hawaii for $364+ Roundtrip from Several US Cities

American Airlines dropped fares to Hawaii from a few Delta and United hubs. United is matching a few of the routes from Delta hubs. Fares start at just $364 roundtrip.

These are unadvertised price drops and may not last very long. Book quickly if you want to take a trip out to our island in the Pacific. It's rare that prices go this low from some of these cities.

Travel is valid on Mondays, Tuesdays, Wednesdays, and Thursdays, from August 13 through December 12. Some routes have very limited availability so you may have to be pretty flexible with travel dates to find these fares. Peak travel around the Thanksgiving holiday is blacked out.

For those in Hawaii, all fares also work in the reverse direction. While this particular sale is only limited to a few airports, there are some other great prices to Hawaii out there today.