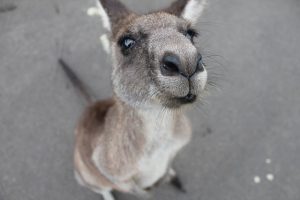 Australia on Sale: $429 from Hawaii and $743+ Roundtrip from Mainland USA

There is a fare war between American/Qantas and Delta/Virgin Australia on flights to Australia. Fly from each other's hubs to Australia starting at $743 roundtrip. If you're in Hawaii, Jetstar has flights as low as $429 roundtrip.

Update July 27, 2018: Fares dropped below $800 from Delta hubs today and this sale has extended nationwide with fares from most US airports in the $900s and in the $700-800s roundtrip from hub cities.

These fares are unadvertised and prices may jump at any time. Book quickly to secure your dream trip down under.

Travel from the mainland to Australia is valid on Mondays, Tuesdays, Wednesdays, and Thursdays, departing through November or early December. You may return from Australia through the end of the booking schedule in June 2019, excluding peak holidays.

For more deals to Australia, check out all of our fares to Sydney (SYD), Brisbane (BNE), and Melbourne (MEL).

Even if you don't see your city listed, there may be a huge price drop. Check flights from any city in the US to anywhere in Australia, within the travel dates listed above, and it will likely be much lower than normal.