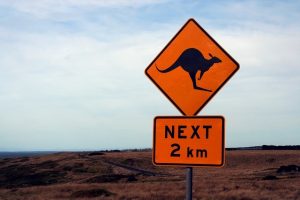 Earlier I mentioned an Air New Zealand sale to Australia. The other two major airlines down under, Qantas and Virgin Australia, are undercutting this sale from Los Angeles (LAX) with fares starting at $760 roundtrip.

These incredible fares are found on third party sites only and are available from Los Angeles to locations all over Australia.

Travel is valid on Mondays, Tuesdays, Wednesdays, and Thursdays, departing from Los Angeles on select dates in August, September, and October. Return travel is valid through the end of the booking schedule in June 2019, excluding peak holiday travel.

You'll have to play around with dates to find these fares, which may vary slightly depending on your dates. Prices are starting to jump on some websites, but I'm still seeing them bookable via Vayama. These will likely not last too much longer. Book now and take advantage of a 24-hour risk free cancellation policy.

For more deals to Australia, check out all of our fares to Sydney, Brisbane, and Melbourne.