It's not too late to score a summer flight deal. The airlines are having some price wars for both domestic and international flights today. Some even include peak summer travel dates. Have a look at the top 10 airfares we've found so far today.

These deals are all at excellent prices taking into account price, distance, and airline. Some of these fares are a part of ongoing sales and some are unadvertised, which may only last a few hours. If you are interested in any of these fares, we recommend you book soon to avoid a missed bargain. All domestic flights also work in the reverse direction. 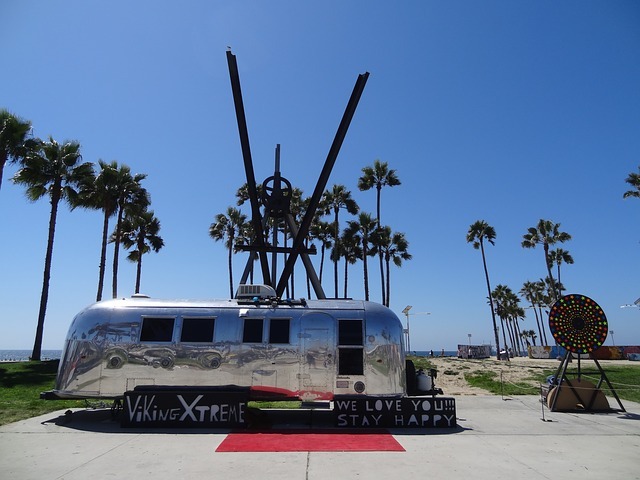 The Nationwide Delta Sale, which was set to expire Sunday night, has stuck around this week. Included in this sale, fly nonstop from San Francisco to Los Angeles for $95 roundtrip on Delta, American, United, or Southwest. Several airlines to choose from on this popular route, but keep in mind United's Basic Economy fare will only include a small personal item. All other airlines include a normal carry-on bag for this price. Southwest even includes two free checked bags.

Travel is valid on Tuesdays, Wednesdays, and Saturdays, from August 14 through November 7. As an example, I found seats departing San Francisco SFO on Saturday, August 18, returning from Los Angeles LAX on Tuesday, August 21.

Fly nonstop from Newark to Fort Lauderdale for $108 roundtrip on Southwest. You'll find similar fares on Spirit and United, but only a small personal item is included. Southwest includes two free checked bags and has no change fees. Travel is valid on a few Tuesdays and Wednesdays, from August 28 through October 2. For example, I found seats departing Newark EWR on Wednesdays, September 5, returning from Fort Lauderdale FLL on Wednesday, September 12. American has been drastically dropping fares to/from Delta hubs. Fly from Indianapolis to Salt Lake City for $114 roundtrip. Better yet, this is a regular Main Cabin Economy fare, which means a normal carry-on bag plus one personal item is included. Travel is valid starting next week through mid-February, excluding peak holiday travel. For example, I found seats departing Indianapolis IND on Friday, July 28, returning from Salt Lake City on Tuesday, August 7. Another amazing deal on American. Fly from Minneapolis to Savannah for $141 roundtrip. Travel is valid on Tuesdays and Wednesdays, starting next week through mid-February, excluding peak holiday travel. For example, I found seats departing Minneapolis MSP on Wednesday, August 1, returning from Savannah SAV on Tuesday, August 7. This fare is also a regular economy fare on American. A normal sized carry-on bag plus one personal item is included. Fly from Baltimore to Seattle for $144 roundtrip on United. Travel is valid on Tuesdays and Wednesdays, from late August through mid-November. I was able to find seats departing Baltimore BWI on Tuesday, August 21, returning from Seattle SEA on Tuesday, August 28. This is a Basic Economy fare and only includes a small personal item that fits under the seat. If Basic Economy is not for you, purchase a standard Economy fare for $204 roundtrip. Fares to Jackson are normally sky high, but thanks to the lasting Delta sale, fares have been dropped drastically from all over the nation. Fly from Portland, Oregon to Jackson Hole, Wyoming for $234 roundtrip. You'll find the same fare on United and slightly lower fares on Frontier, but go with Delta if you want to carry more than just a small personal item. I found seats on Delta departing Portland PDX on Saturday, August 25, returning from Jackson JAC on Tuesday, August 28. Frontier added more routes this week, including new international service from Raleigh. Starting in November, fly nonstop from Raleigh to Montego Bay for $280 roundtrip. Travel is valid on Wednesdays from late November through mid-February, excluding peak holidays. Of course, this only includes a small personal item. Frontier charges a $30-$35 fee each way for carry-on bags and a $25-$30 fee each way for first checked bag. I found seats available departing Raleigh RDU on Wednesday, January 9, returning from Montego Bay MBJ on Wednesday, January 16. Book quickly! This intro fare expires tonight, July 18. An incredible fare for such a long distance, fly from Vancouver all the way to Cancun for $338 CAD ($256 USD) roundtrip on Delta, United, or American. Travel is valid starting in late October, through the end of the booking schedule in June 2019, exluding peak holiday travel. Watch for long layovers! Shorter layovers are easier to find starting in January. I found seats departing Vancouver YVR on Friday, January 18, returning from Cancun CUN on Saturday, January 26. Book a flight to France to celebrate the World Cup champs. With so many different flight options between New York and Paris, it can be difficult to pick the right airline for you. Nonstop flights for $421 roundtrip on XL Airways is a solid deal. Most other airlines flying this route now charge extra for your first checked bag on the lowest fares. XL Airways has maintained a baggage policy that includes one checked bag so this may be your best option if you want to bring a suitcase.

Travel is valid from September through mid-December. I found seats over the Thanksgiving holiday, departing New York JFK on Wednesday, November 21, returning from Paris CDG on Monday, November 26. If you don't need to check a bag, you can fly as low as $330 roundtrip on Icelandair or nonstop on Norwegian for $350 roundtrip. There have been some stellar deals to Australia this week. Fly nonstop from Los Angeles to Sydney for $772 roundtrip on Virgin Australia or Qantas. This fare is available when booking on third party sites such as Vayama. Travel is valid on Mondays, Tuesdays, Wednesdays, and Thursdays, departing Los Angeles in September and October. You may return any time through June 2019, excluding peak holiday travel dates. A 7-night minimum stay is required, but I would stay longer. I was able to find seats departing Los Angeles LAX on Thursday, October 25, returning from Sydney SYD on Thursday, November 15.