Caribbean on Sale from $177+ Roundtrip on Delta

Delta has drastically slashed fares from American hub cities to the Caribbean. Many of these price cuts are 50-75% off the normal rate. Fares start at $177 roundtrip.

This sale is unadvertised and fares may jump in price at any time. Book quickly and take advantage of a 24-hour risk free cancellation policy.

Travel dates and restrictions vary by route. Many routes have extremely limited availability and travel on other dates not offering these prices may be much higher in price. You must be flexible with your travel dates to find these prices.

Generally, the best availability is for mid-week travel in September/October and late January/early February. There may be more availability with overnight layovers in connecting cities, but there are a few scattered dates available with same day connections at these prices.

All fares are in Delta's Basic Economy, but Delta's version of Basic Economy includes a normal sized carry-on bag plus one personal item. Basic Economy does not allow for advance seat assignment or upgrades/changes. Consider the higher priced Main Cabin fare if you don't like these restrictions. Checked bag fees start at $25 each way.

See our guide on How to Fly Delta Air Lines for more tips on flying Delta. 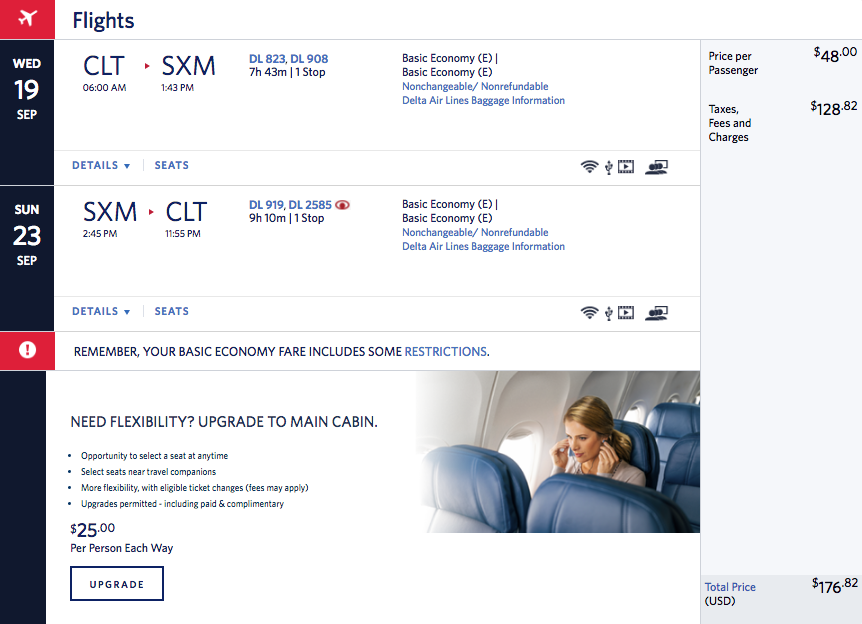