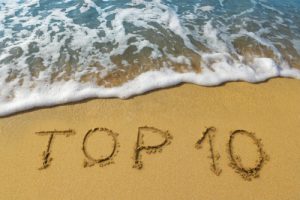 There are a few stellar sales going on today. Both advertised and some unadvertised fare wars. Some even include peak summer travel dates. Have a look at the top 10 airfares we've found so far today.

These deals are all at excellent prices taking into account price, distance, and airline. Some of these fares are a part of ongoing sales and some are unadvertised, which may only last a few hours. If you are interested in any of these fares, we recommend you book soon to avoid a missed bargain. All domestic flights work in the reverse direction as well. 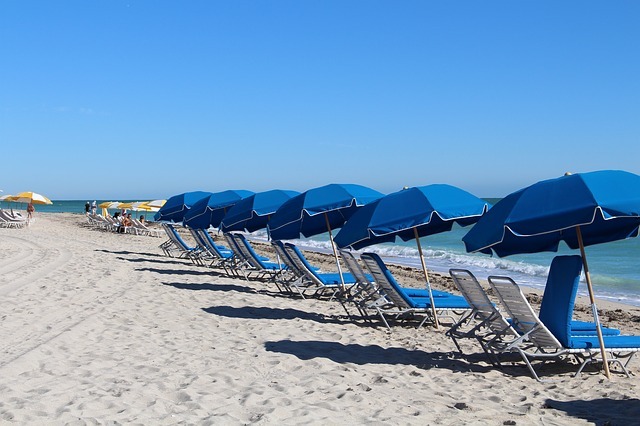 From the latest and widespread buck sale on Frontier, Fly nonstop from Atlanta to Miami for just $39 roundtrip. Yes, this is just a $1 base fare each way plus taxes and Frontier's notorious online booking fee. At fares this low, it can make sense to fly Frontier as it's still under $100 roundtrip including a checked bag. Don't let your baggage weigh you down though. Pack a swimsuit in a small bag that fits under your seat and head to the beach for under $40 roundtrip. Travel is valid on Tuesdays and Thursdays, from mid-August through mid-November. I found seats departing Atlanta ATL on Tuesday, August 14, returning from Miami MIA on Thursday, August 16. Book quickly! Sale ends tonight. Oh, Canada! Embrace the new ultra-low-cost offerings from Swoop. The latest sale includes daily nonstop flights from Edmonton to Abbotsford for $49 CAD ($38 USD) roundtrip. New nonstop service on this route begins July 25. Of course, this only includes a small personal item that fits under your seat. Checked bag fees start at $27 CAD each way. Larger carry-on bag fees start at $37 CAD each way. Still, super cheap. I found seats departing Edmonton YEG on the inaugural flight Wednesday, July 25, returning from Abbotsford YXX on Tuesday, July 31. Abbotsford lies near the border of the US state of Washington, a mere 2.5 hour drive from Seattle or a 1.5 hour drive to Vancouver. We're seeing a bit of a domestic travel fare war today. American has dropped prices from Madison to Washington DC to $145 roundtrip. This great fare is available to both Washington's National and Dulles airports. Travel is valid on Tuesdays, Wednesdays, and Saturdays, from August through mid-February, excluding holiday travel. Good news! This is a regular economy fare and includes a normal sized carry-on bag plus one personal item. I found seats available departing Madison MSN on Saturday, August 25, returning from Washington DCA on Tuesday, August 28. United has also dropped fares from some competing hub cities today. Fly from Minneapolis to Santa Ana for $170 roundtrip. Travel is valid through mid-November and there is no advance purchase required. I found seats available for peak travel this weekend, departing Minneapolis MSP on Friday, July 13, returning from Santa Ana on Sunday, July 15. Longer trips are available as well, though, Sundays are mostly excluded. This is a basic economy fare, but fares skyrocket for standard economy. If you want to fly cheap, but need more baggage, buy basic economy and pay $25 each way for a checked bag. 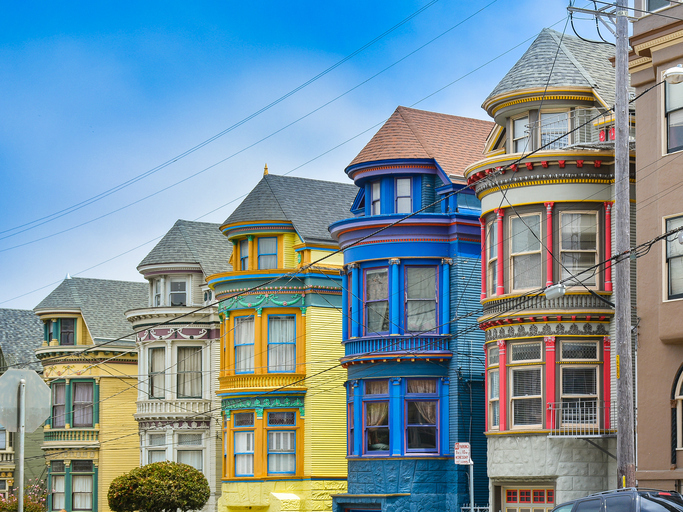 Another great deal from American. Fly from Houston to San Francisco for $180 roundtrip. This fare is widely available from both Houston-Intercontinental and Houston-Hobby airports through mid-February, excluding peak holiday travel. There is no advance purchase required. Leave tomorrow if you want to get out of town now. I found seats available this weekend, departing Houston IAH on Friday, July 13, returning from San Francisco SFO on Monday, July 16. This is a basic economy fare, which only includes a small personal item. Don't like basic economy restrictions? A main cabin fare is only $50 more roundtrip. Fly from Phoenix to San Juan for $236 roundtrip on Delta, United, or American. This fare has been around before, but it's too good not to mention again. Travel is valid through mid-November and again starting in mid-January 2019. For example, I found seats on Delta departing Phoenix PHX on Friday, August 10, returning from San Juan SJU on Friday, August 17. 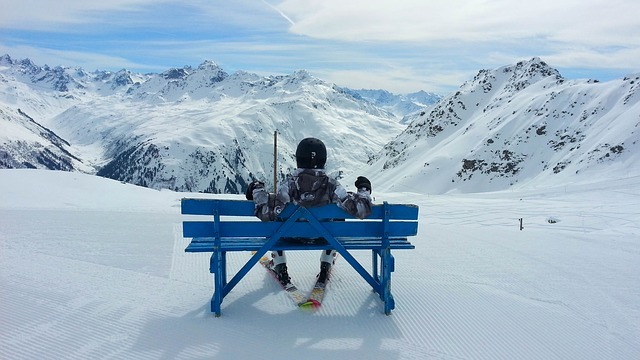 Fly nonstop from New York to Zurich for $431 roundtrip on Delta or Swiss. Another fare that has been around, but an amazing price worth the mention. Travel is valid from late October through March, though travel starting in mid-September or in April/May 2019 is only $10 more. Travel to Europe on Sundays, Mondays, Tuesdays, and Wednesdays. Return from Europe on Tuesdays, Wednesdays, and Thursdays. For example, I found seats departing New York JFK on Tuesday, October 30, returning from Zurich ZRH on Wednesday, November 7. If you're traveling with a checked bag, you'll want to choose Delta as this is a regular main cabin fare. Swiss is selling this price as a light fare, which only includes carry-on bags. If you're traveling light, you can fly even cheaper on Icelandair for $357 roundtrip with a stop in Iceland. 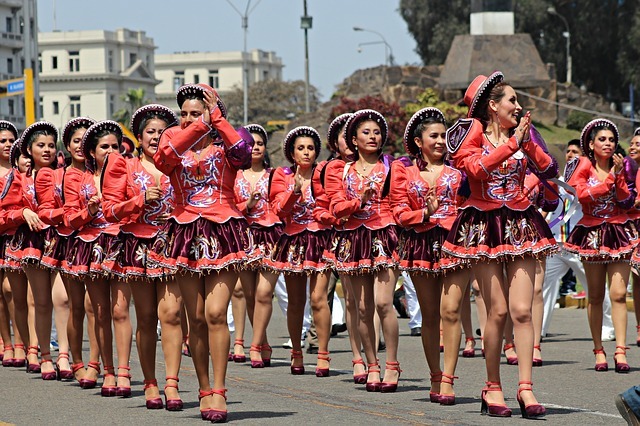 Fly from Chicago to Lima for $449 roundtrip on Avianca. The new service from Chicago on Avianca is bringing cheap fares from the windy city to locations all over Latin America. This great fare is valid for daily travel starting November 19, 2018, through May 19, 2019, excluding peak holiday travel. For example, I found seats departing Chicago ORD on Friday, January 25, returning from Lima LIM on Sunday, February 3. Fly from Boston to Inverness, Scotland for $487 roundtrip on American/British Airways. Travel is valid starting in mid-September through the end of the booking schedule in June 2019, excluding peak holiday travel. As an example, I found seats departing Boston BOS on Monday, September 17, returning from Inverness INV on Tuesday, September 25. This is a basic economy fare and only includes carry-on bags. If you're traveling with checked bags, opt for the regular economy fare, which is $90 more. It's cheaper than paying for a checked bag on the basic economy fare. 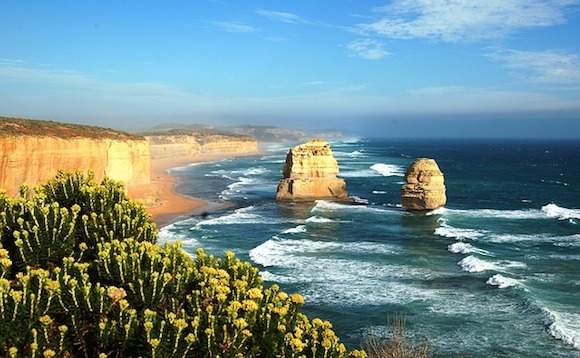 Fly nonstop from San Francisco to Melbourne for $836 roundtrip on Qantas. This is part of the Qantas Summer Sale, which advertises this route for $914 roundtrip when booked on Qantas' site. Save even more by booking on a third party booking site such as Expedia, Priceline, or Orbitz. Travel is valid for departures from San Francisco starting in September, through November, and again in February/March 2019. You may return from Melbourne in other months through the end of the booking schedule in June 2019, excluding peak holiday travel. Nonstop flights are available on Wednesdays and Thursdays. Slightly higher fares are available for connecting flights on Mondays and Tuesdays, starting in August. I found nonstop flights available departing San Francisco SFO on Thursday, November 8, returning from Melbourne MEL on Thursday, November 29.