8 Summer Festivals Worth Traveling For in the US

Summer is the season of festivals. Whether you are into music, food, or film, there is sure to be a festival for you this summer.

Summer Festivals in the US

Don’t feel confined to festivals in your home region. A summer festival can be a great reason to visit another city. You’ll get to take in some sights and local culture. Plus, there will be daily activities that bring the whole community out to enjoy the summer sun. Here are eight summer festivals worth traveling for in the US. 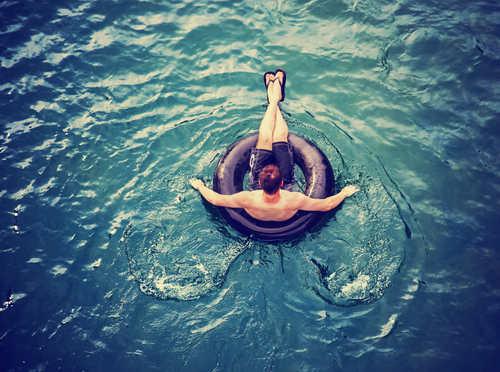 Float down the San Marcos river by day, enjoy live music by night. Float Fest on July 21 and 22 gives you both in the same festival. With headliners such as Tame Impala, Bassnectar, Snoop Dogg, and Modest Mouse, you’ll get some top-notch music after a fun day of river tubing. Tickets include camping and tubing passes must be purchased along with concert tickets. VIP packages are available if you want dedicated viewing areas and an air-conditioned lounge. Shuttles are available to the festival from Austin, San Antonio, and San Marcos each day.

Where to Stay: You’ll likely want to camp out at the venue to get the full experience of this festival. RV packages are available if you can’t stomach tent camping. Alternatively, try the Hilton Garden Inn San Marcos for a clean and comfortable stay with free breakfast and an outdoor pool. Head to Maine while it’s still warm for Maine Lobster Festival, August 1-5. Food is the main attraction here and it’s all things lobster. Feast on lobster rolls, lobster mac’n cheese, lobster bisque, and even lobster won-tons while enjoying the views of Penobscot Bay. There’s also a seafood cooking contest for amateur chefs to compete for a cash prize. That’s not all. The festival includes a parade, a 10k and 5k walk/run, arts and crafts, and local beer and wine. The Lobster Crate Race could be the most entertaining event of them all, where participants of all ages risk falling into the cold ocean waters while running across lobster crates.

Where to Stay: Enjoy ocean view rooms with direct access to the ocean at the Strawberry Hill Seaside Inn. You’ll have a peaceful stay at this magnificent property with an outdoor pool and plenty of outdoor seating to enjoy the ocean breeze. Chicago’s Grant Park will be flooded with music lovers between August 2-5, for Lollapalooza. This 4-day music festival has headliners such as Jack White, The Weeknd, Bruno Mars, and Arctic Monkeys, along with many other musical acts. And there’s more than just music. Chow Town will showcase food from Chicago’s favorite restaurants. There will also be a market full of independent and pop-up shops and an area dedicated to charitable organizations from all over the world.

Where to Stay: Take in the sights at the rooftop bar of Cambria Hotel Chicago Magnificent Mile. This contemporary hotel has a hip and energetic vibe and large rooms with exceptional value for the location. Outside Lands festival is one of the best inner-city festivals of the summer. From August 10-12, San Francisco’s Golden Gate Park will be the setting to see musical acts such as The Weeknd, Florence + The Machine, Janet Jackson, and Beck. In addition to the musical acts at the festival grounds, there will be nightly shows at nearby venues in San Francisco. Of course, the festival will have plenty of local food, beer, and wine for you to taste, including a variety of artisan cheese plates and ice cream tacos.

Where to Stay: Colorful rooms at The Marker San Francisco, A Joie de Vivre Hotel, will give you the quirky bay area ambiance in the heart of downtown. You’ll be steps away from Union Square and have all the amenities you’d expect from a top hotel.

See our current airfares to San Francisco (SFO), Oakland (OAK), and San Jose (SJC) from all over the US and Canada This summer marks the 10th annual Vermont Cheesemakers Festival, taking place in Shelburne on Sunday, August 12. Admission will give you access to sample and purchase over 200 cheeses, beverages, and food. There are also a few workshop and cooking demos, which will teach you all about cheese science and cheesemongers.

Where to Stay: Shelburne is only a short 20-minute drive from Burlington where there are more lodging options. Try the Courtyard Burlington Harbor for a centrally located hotel that is only steps away from Lake Champlain and the Church Street Marketplace. The hotel offers free loaner bikes if you’d like to enjoy a bike ride on one of the nearby trails. This little-known festival located near the Wilkes-Barre/Scranton airport in Pittston, PA should be on your radar this summer. From August 16-19, this small town will host a Tomato Festival complete with a parade, 5k run, contests, sauce wars, and of course, a tomato fight. Proving that you don’t have to travel all the way to Spain to throw tomatoes at your friends, the tomato fight dumps truckloads of rotten tomatoes in a restaurant parking lot for you to toss at anyone willing to participate.

Where to Stay: Lodging options are scarce in Pittston, but since the regional airport is nearby, there are a few airport hotels available. Have a look at the Holiday Inn Express Wilkes-Barre/Scranton Airport for clean and comfortable rooms, a pool, and free breakfast. Birmingham will be hosting its 20th annual Sidewalk Film Festival between August 20-26. This festival has been recognized as one of the top 25 festivals in the world by MovieMaker Magazine. The festival will take place in the heart of Birmingham’s historic theatre district and will screen more than 250 films. In addition to film screenings, there will be a few social events and an awards ceremony to close out the festival.

Where to Stay: The Redmont Hotel Birmingham is an elegant choice in downtown. As part of the Curio Collection by Hilton, it will give you a boutique hotel experience with all the benefits of the Hilton brand. To close out the summer and get ready for Oktoberfest, head to Denver for the Great American Beer Festival. Taking place at the Colorado Convention Center, from September 20-22, this festival has the largest collection of U.S. beer.  In addition to tasting craft brews from all over the country, there are several “hangout spots” featuring yard games, karaoke, live music, and a silent disco. There’s a special Heavy Medal booth dedicated to medal-winning beers all in one spot so you won’t have to stumble too far to taste the best of the best.

Where to Stay: Rest your head at the Art, a hotel in the heart of downtown Denver. It’s like a museum inside of a hotel with several artworks in every room. Plus, you’ll be just steps away from the Denver Art Museum.