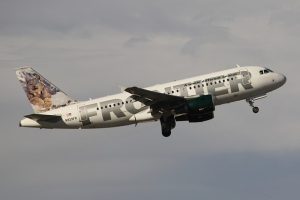 Today Only! 75% Off Promo Code Sale on Frontier, Fares from $49+ Roundtrip

Book quickly! Frontier has a promo code valid for purchase today only. Take 75% off the base fare for late summer/fall travel. Fares start at just $49 roundtrip.

Use promo code SAVE75 when booking on FlyFrontier.com to take 75% off the base fare for nonstop domestic flights. Travel is valid on Tuesdays, Wednesdays, and Saturdays, from August 14 through November 14. Avoid blackout dates on September 1 and 4.

The discount does not apply to taxes nor Frontier's online booking fee, which they label a "Carrier Interface Charge". This means some routes still won't have a very big price drop even with the big sticker shock of 75% off. However, there are plenty of routes where we are seeing deep discounts.

There are a few specific routes excluded from the promo code sale. You may have to click around to find available dates since Frontier operates about half of the route network just a few days each week. Click on the fare details for more info on exact dates each route is available.

Many more routes are available and these fares all work in reverse as well. Check flights from your city to see what's available. Lowest fares may not be available throughout the entire travel period. You'll have to decline all extras to get the lowest price. 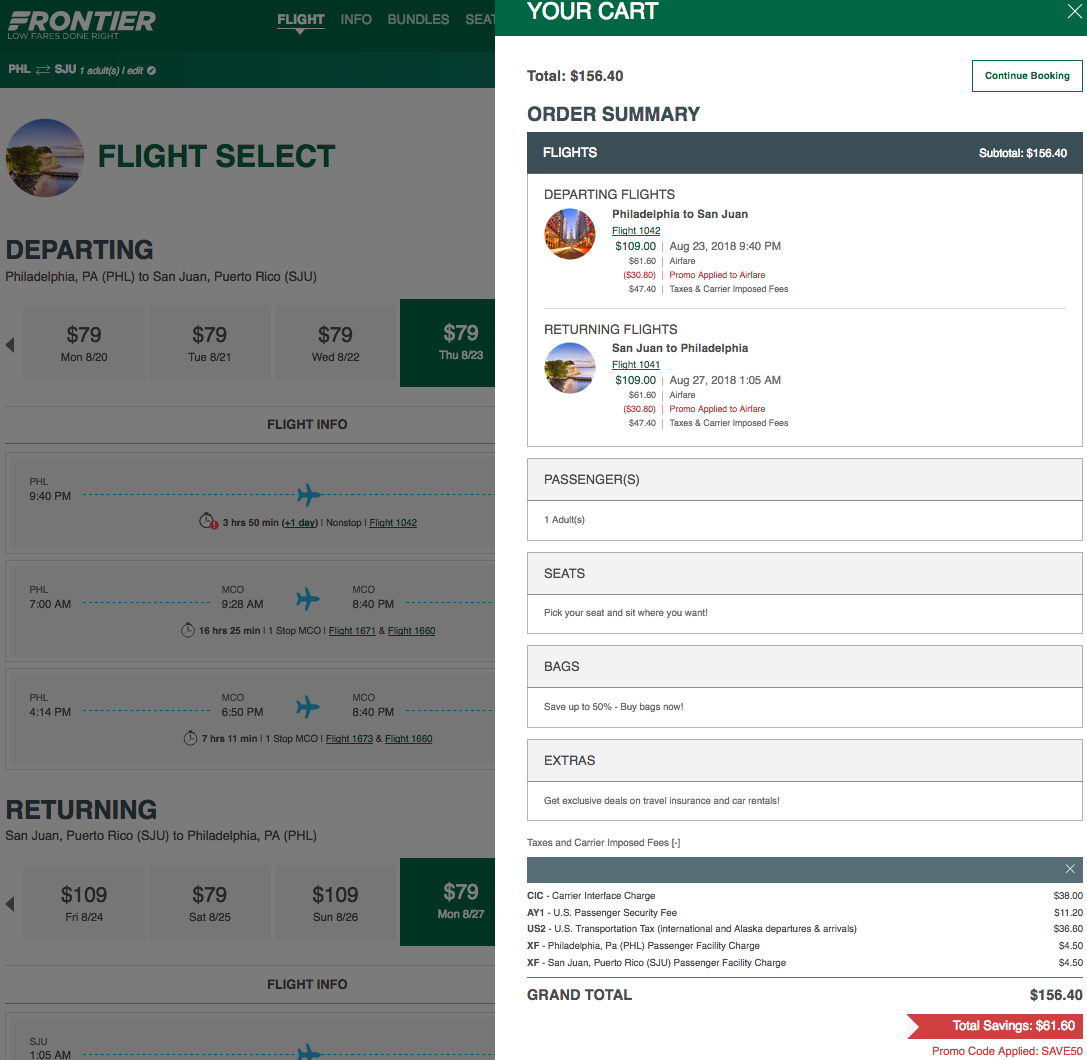