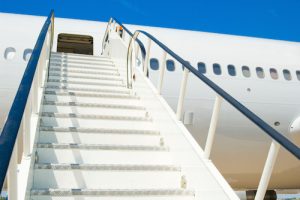 The fireworks are over, but you can still celebrate this summer and treat yourself to a getaway. There are lots of great flight deals for late summer and fall travel out at the moment.  So take a look at this list of the top 10 fares that we deal hounds have sniffed-out so far today.

These listed deals are all at prices below what we regularly see for that specific city pairing and destination. Some of these fares are a part of ongoing sales, and some are unadvertised and are only available for a limited time. If you're interested in any of these fares, we recommend you book soon to avoid a missed bargain. On Southwest Airlines, fly nonstop from Los Angeles to Cancun for $286 roundtrip. Flights at this price are available starting in late August through the end of the booking calendar in early March 2019. Flights are available daily, but you’ll have the best luck finding seats on midweek travel dates. Delta is offering trips on this route at a slightly lower price, but they don’t include two free checked bags like Southwest’s policy. As an example, I found seats departing LAX on Friday, October 12, and returning from CUN on Wednesday, October 17, 2018. Fly as soon as tomorrow from Boston to Cincinnati for $68 roundtrip on American Airlines. This fare is mostly valid on Tuesdays and Wednesdays through March 2019, but other weekday departures are available starting in winter months. With a price this low, its no surprise it books into Basic Economy, so make sure to pack light to take advantage of this deal. If Basic Economy is too restrictive, you can bump up to standard Economy for $50 more. Searching on the AA website, I found seats departing BOS on Thursday, August 30, and returning from CVG on Tuesday, September 4, 2018.

See all of our fares to Cincinnati (CVG) from all over the U.S. and Canada. This fare is from the Royal Jordanian Super Saver Sale; we posted last Friday. In case you missed it there are lots of great tickets to destinations in the Middle East that rarely go on sale, like this fare from New York-JFK to Tel Aviv for $560 roundtrip. Travel is valid from September 16 through March 15, 2019, with departures mostly available on Tuesdays and Thursdays. As an example, I found seats departing JFK on Tuesday, November 20, and returning from TLV on Thursday, November 29, 2018. Fly from Chicago-O'Hare to Freeport, the Bahamas for $336 roundtrip this summer. Flights are scattered at this price, but both Delta and American are offering similar fares starting in late July for travel through the end of August. Departure dates will vary by airline, but searching on AA.com, I was able to find seats departing ORD on Saturday, August 18, and returning from FPO on Tuesday, August 21, 2018. This fare is considered a good deal to the Bahamas because all tickets there tend to be on the higher side due to government taxes and airport fees.

See all of our fares to Freeport (FPO) from all over the U.S. and Canada. Fly nonstop from Seattle to Shanghai for $447 roundtrip on Hainan Airlines. This fare is valid for travel on Monday, Wednesday, and Fridays year round. I found seats departing SEA on Wednesday, November 7, and returning from PEK on Wednesday, November 21, 2018. Using the flexible date calendar, you’ll be able to find this fare pretty easily, on the Hainan website.

See all of our fares to Shanghai (PEK) from all over the U.S. and Canada. JetBlue is offering nonstop flights from its mini-hub at Ft. Lauderdale to San Francisco for $227 roundtrip. You can score this deal if you travel on select days from August 21 through November 3, 2018. Using JetBlue's best fare finder feature, you'll easily be able to see a calendar of one-way flights listed at $114. Picking two of those to complete the trip, I found seats departing FLL on Friday, September 21 and returning from SFO on Saturday, September 29, 2018. 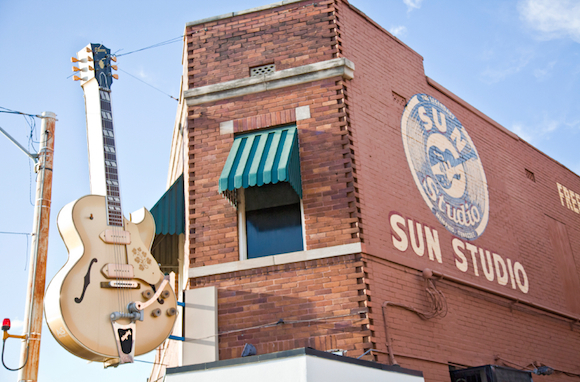 Here’s another fantastic offering from American. Fly from Los Angeles to Memphis for $118 roundtrip. Flight as this price start in late August and run through early February, with travel days valid on Tuesday, Wednesday, and Saturdays. It books into the Basic Economy fare class at this price point, but to upgrade to standard Economy its only $25 more roundtrip, making the total $142, still a solid deal! Searching on AA, I was able to find seats departing LAX on Saturday, September 8, and returning from MEM on Tuesday, September 11, 2018.

See all of our fares to Memphis (MEM) from all over the U.S. and Canada. Fly from New York-JFK to Valetta, Malta for $471 roundtrip on Virgin Atlantic and Air Malta. This fare is first available starting in early October through the end of booking schedule in June 2019. Flights are available daily with a connection in London but make sure to select flights that connect in LHR or else you'll have to switch airports for your connection, and that can be quite the headache. Searching on Expedia, I found seats departing JFK on Saturday, October 6 and returning from MLA on Saturday, October 13, 2018. Dates for this fare are wide-open in 2019, so you'll have no problem booking a winter escape.

See all of our fares to Malta (MLA) from all over the U.S. and Canada. As we mentioned in the blog earlier, save on Frontier flights today with promo code SAVE75. Using that discount, you can fly nonstop from Denver to Atlanta for $84 roundtrip. Travel is valid on Tuesday, Wednesday, and Saturday from August 13 through November 14, 2018. You’ll have to book quickly as this promo will end by midnight tonight (Monday, July 9). As with all Frontier fares, be aware of the carry-on and baggage restrictions before booking. Searching on flyfrontier.com, I found tickets departing DEN on Wednesday, September 26, and returning October 3, 2018. Fly from Seattle to Los Cabos for $287 roundtrip on United Airlines. Head south of the border daily, starting in mid-August through the end of the booking calendar in June. Peak holiday travel is blacked out but other than that you shouldn’t have too much trouble finding this fare. Searching on United, tickets are available departing SEA on Saturday, March 16, and returning from SJD on Wednesday, March 20, 2019; great savings on a Spring Break hotspot.