Brazil on Sale from $510+ Roundtrip

Celebrate Brazil advancing to the quarterfinals of the World Cup by booking your next trip to Brazil. There's a small fare war going on and we're seeing lower than usual fares on routes to secondary cities in Brazil. Have a look to see where you can go with fares starting at $510 roundtrip.

Most of the big price drops are coming from Avianca, but a few of these routes will be on other carriers such as Azul, LATAM, or Copa. The cheap flights from Canada to Brazil are on Air Canada, American, Delta, or United.

Travel dates and restrictions vary by route. Most availability is between late August and early December. A few routes may also be available again starting in late January or late April 2019. Some routes require multiple stops and/or long layovers. A few may require overnight layovers in connecting cities. Click on the fare details below for more info.

These fares are unadvertised and prices may jump at any time. Book quickly if you see something you like.

For more deals to Brazil, have a look at all of our fares to Rio de Janeiro and Sao Paulo. 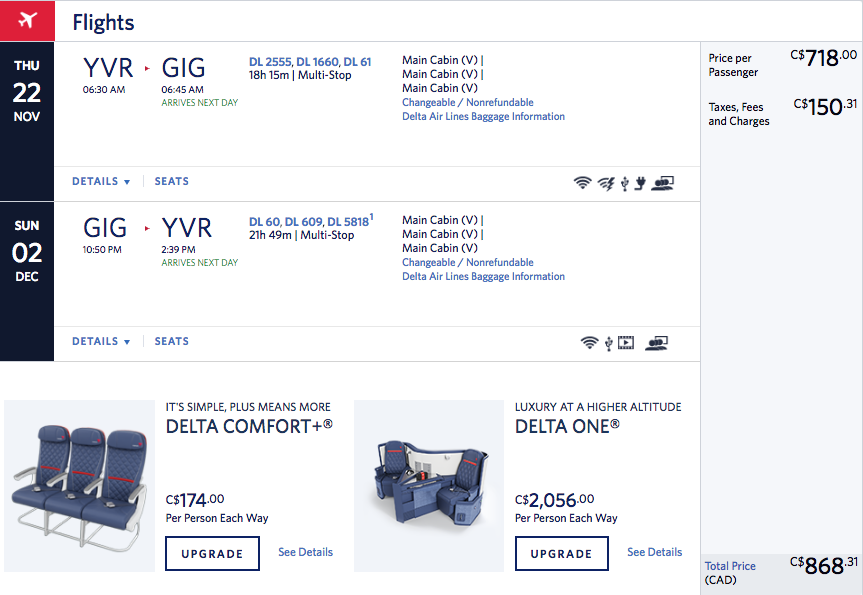